The countdown is on and we only have 15 days left before we get back on the road.Days of calm back here in Mykonos specially after we shorted out Rochelle Visa Issues .I have decided to dedicate this post to our vehicle Voukefalas who is the one that has taken over the mission to safely drive us all the way to Asia and back. 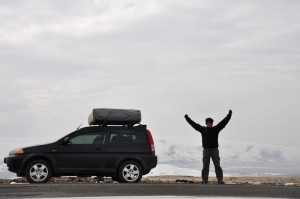 Voukefalas,the Honda HR-V was produced from 1999 until 2006. Mini SUV as it has  been called is a class of small sport utility vehicles with a length under and 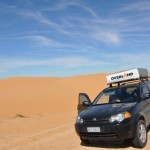 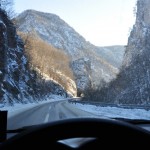 The abbreviation HR-V, according to Honda’s HR-V history website,officially stands for Hi-rider Revolutionary Vehicle. The HR-V was introduced to cater for the demand for vehicles with the benefits of SUV’s such as increased cargo room, higher visibility, along with the manoeuvrability, performance and fuel economy of a smaller car.

Known as one of the earliest low emissions vehicles  and unique character, the HR-V is now considered one of the first original crossover SUV’s.It emerged as a futuristic and lightweight cross-country vehicle in 1998. 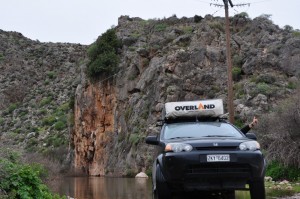 Our HRV comes with a four-wheel drive  SOHC Honda D16W5 type engine. The three door versions were discontinued in the end of 2003 and five door versions in 2006. The Real Time 4WD system uses a Dual hydraulic Pump Rear Differential where the 4WD system is hydraulically activated when the front wheels lose traction. Our 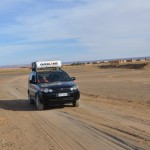 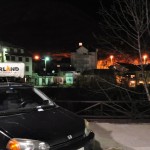 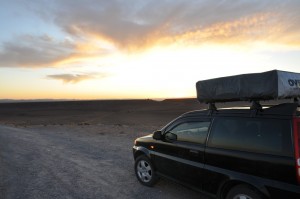 With this vehicle I have done already 2 major trips : Mykonos to Cairo and Tunisia ,Balkans to Iran.In both although alone my HRV proved to be a car that I can really trust and it will never leave me out there on the road.With the minimum brake downs we will trust it one more time.