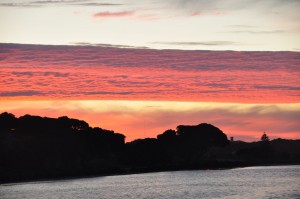 Because of my work I had to fly to this small island, just a 25-minute boat ride out of Perth. Rottnest got its 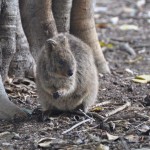 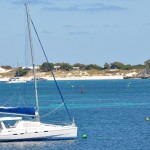 name from the first Dutch explorers that mistook the quokkas -a small macropod marsupial animal- for huge rats. It was a beautiful surprise although unexpected. With a 15 km perimeter, nobody would ever imagine that it has more than 60 small or big isolated, stunning beaches. A blessed place really, with no cars and just the basic infrastructure. It’s a unique place to chill out and do nothing. As I mentioned earlier, I went there for work. So the beautiful, friendly and well maintained Rottnest Lodge was the place that accommodated me. I wouldn’t 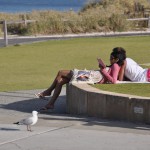 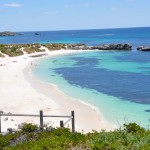 talk about the lodge itself (as it might sound as an advertisement) but the people there really made the difference. The staff, although young, seemed really confident about what they were doing. Glen, the general manager, and his partner  Alicia made this place feel like home.But since a picture equals 1000 words take a look in the pictures about this stunning property.

As I had plenty of time, I went around on a bicycle and got to know my surroundings. Rottnest was initially used for salt gathering and the ponds, where they took 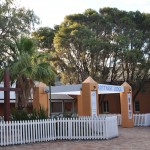 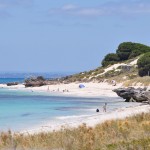 the salt from, are still visible today. Later it became an aboriginal men prison. The original buildings still stand and are part of the Rottnest Lodge. During the war, it was used as a coastal defense to the harbor. The two huge canons are the only witnesses left from that period. Today it’s a relaxing holiday backwater destination. Whether you come here for rest or fun, Rottnest is surrounded by azure waters, brilliant white sand beaches and fascinating flora and fauna to suit almost every taste. 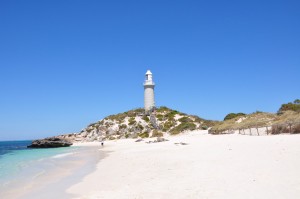