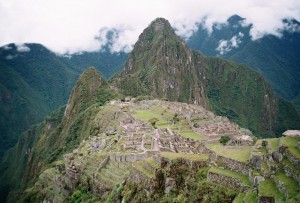 Peru. Imagine scenery on the epic scale of an Indiana Jones or Lara Croft movies: forgotten temples, cobwebbed ancient tombs, buried treasures beyond all reckoning, wild rivers that rage, pumas prowling in the 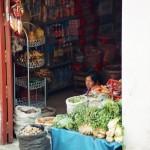 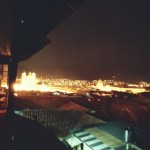 We started in Lima, Peru’s mega city. It was nothing to write home about but a good introduction to the country with a very informative National Museum with all the treasures that the Peruvians managed to save from the lost world of the Inca Empire. What Lima lacks in attractiveness, it makes up with a huge array of literary experiences. Stately museums display sublime pottery and edgy modern art spaces. I shouldn’t forget to mention the full of energy, crowded nightclubs swaying to tropical beats. 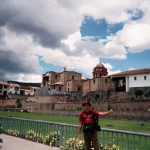 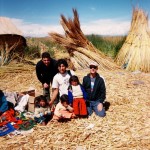 This time Nikos and Dimitris were with me, my very good friends and devoted travellers. After a quick look at the capital, we headed south to Pisco.  Pisco is an important port 235km south of Lima, generally used as a base to see the abundant wildlife of the Islas Ballestas and for us the first site of Peru’s fauna. After that came Huacachina, an oasis just 5km west of Ica, surrounded by towering sand dunes nestles next to a picturesque, if smelly, lagoon. Graceful palm trees, exotic flowers and attractive antique buildings testify to the glamour of this resort, which was once a playground for Peruvian elite. These days, it’s totally ruled by party-seeking crowds of international backpackers. 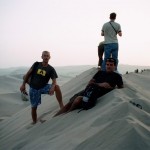 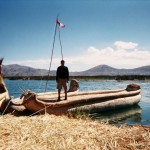 It was time though to head to Nazca. As the Pan-American Highway rises through coastal mountains and stretches across the arid flats, you’d be forgiven for thinking that these desolate pampas hold little of interest. And indeed, this sun-bleached expanse was largely ignored by the outside world until 1939, when North American scientists flew across the desert and noticed a series of extensive lines and figures etched below, which initially proved to be an elaborate pre-Inca irrigation system. In fact, what you see is one of the most impressive and enigmatic ancient achievements: the world-famous Nazca Lines. Today the small town of Nazca is continually inundated by travellers who show up to marvel and scratch their heads over the purpose of these mysterious lines that were declared a UNESCO World Heritage Site in 1994.

In the southern most point and bordering with Bolivia is Lake Titicaca. Here the altiplano (Andean plateau) 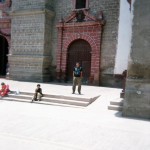 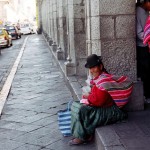 meets the storied peaks and fertile valleys of the Andes. Green, sun-dazed islands contrast with freezing dirt farms. Lake Titicaca shimmers with a distinctive navy blue. Its gemlike islands and gentle shores are an agricultural paradise. According to Andean belief, this lake gave birth to the sun, as well as the father and mother of all the Incas, Manco Capac and Pacha Mama. Pre-Inca Pukara, Tiwanaku and Collas all lived here and left monuments scattered across the landscape. The small port of Puno is by far the most convenient departure point to make trips to the floating islands of the lake. A way of living that holds back many years before the Inca’s.

Next up was the city of Arequipa, known as the White City, last stop before we headed out in the Andes. The 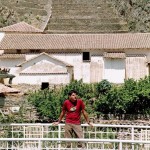 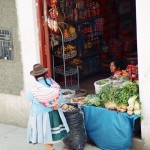 city is surrounded by some of the wildest terrains in Peru. This is a land of active snowy volcanoes, high-altitude deserts, thermal hot springs, salt lakes and, last but not least, the world’s deepest canyons. Whether your heart desires to go trekking, mountain biking, river running or clambering up Andean peaks, Arequipa makes the perfect base camp. But don’t leave before exploring the city itself, at least to wander down the hidden passageways of the Monasterio de Santa Catalina and marvel at the icy Inca mummies in the Museo Santury.

As I mentioned before, don’t miss exploring the spectacular landscape that surrounds the city either, the famous Colca Canyon, shadowed by snow-topped volcanoes and possessing one of the best places to marvel at the flight of the Andean condors. Unfortunately we weren’t lucky enough to encounter them but it was worth the effort. 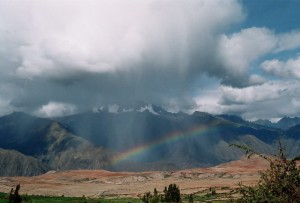 After all that mountain adventure it was time to get back to the city. The high-flying Andean city of Cuzco, No1 destination in any itinerary in Peru, was once the foremost city of the Inca Empire and is now the undisputed 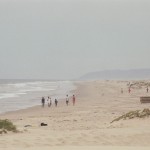 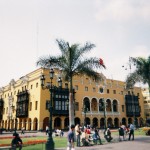 archaeological capital of the Americas, as well as the continent’s oldest continuously inhabited city. Few travellers to Peru will skip visiting this premier South American destination.

While Cuzco has a rapidly developed infrastructure to at least partly cope with the increase of tourism over the last few decades, its historical past retains a powerful grip on the present. Massive Inca-built walls line steep above the narrow cobblestone streets forming the foundations of modern buildings. The plazas are thronged with Quechua-speaking descendants of the Incas and ancient treasures are carefully guarded inside colonial mansions and churches.

Almost 90% of the visitors to Cuzco are here for an obvious reason, to use it as a starting point for a visit to the 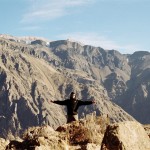 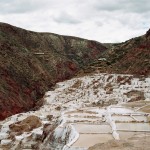 Lost City of Machu Picchu, the sweet cherry on the top of their trip. With its spectacular location, it’s the best known archaeological site on the continent. This awe-inspiring ancient city was never revealed to the conquering Spaniards and was virtually forgotten until the early part of the 20th century. Despite the float of tourists, the site manages to retain its air of grandeur and mystery and is a must. Add to all of the above the Inca trail, the road that the Incas built in order to bring their king to their capital in Cuzco, and you have an experience of a lifetime.

We did the trail with a local guide, with us carrying all the supplies needed for the three-day trekking. Although really difficult, the whole experience, with the ups and downs at 4000m above sea level, is definitely a story to tell, even after all this travelling that I have done. 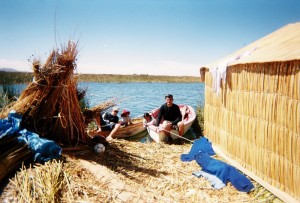 The central Andes are one of Peru’s least visited areas. Ayacucho is no exception to this. Its first road link with the Peruvian coast was not finished until 1924 and in 1960 there were only two buses and a few dozen vehicles 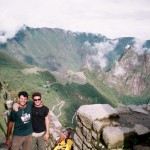 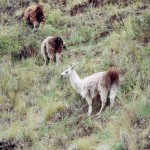 in the city. This is where we chose to spend Christmas with Nikos. Dimitris took off with a Peruvian girl he had met in Cuzco. The paving of the road to Lima, completed in 1999, has turned Ayacucho to face the 21st century, but without forgetting its storied past.

Down to the beaches now, the unruly northern coast boasts beaches and surf that are the envy of Peru. Here, the coastal desert spreads out all the way to Ecuador as the 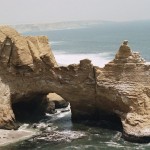 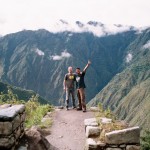 reached Mancora, a small fishing village in the past and a major party town now, just on time for New Year’s. A great party and many moments to remember were the sweet goodbye before we headed to Ecuador.

Like a continent in miniature, Peru will astound you with its diversity. Not even fierce Inca warriors or Spanish conquistadors could totally dominate such jaw-dropping terrain, from glaciated Andean peaks where majestic condors soar, to coastal deserts, to the steamy rainforests of the Amazon basin. Unfortunately we didn’t have the time to visit the rainforests. 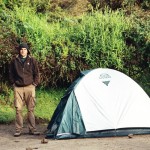 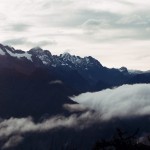 perfect volcanoes and rocky Pacific outcroppings inhabited by argumentative sea lions that will send your camera into overdrive. The country offers such a wide range of experiences that it can be difficult to choose between them. Ancient ruins reveal prehistoric secrets. There are museums to visit, lakes to ogle, waves to surf, labyrinthine cities to explore. And let’s not forget the food made from ingredients native and contemporary. You’ll need weeks to savour the vast selection of delicacies: from rare strains of potato to guinea pig to succulent ocean mollusks. 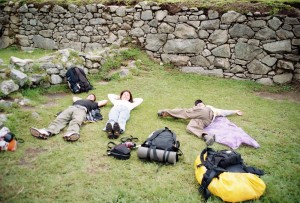 Take it easy on the Gringo Trail encircling the country’s top highlights, ending at the cloud-topping Inca 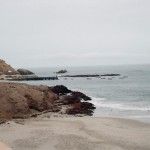 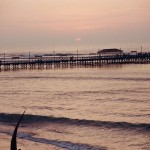 citadel of Machu Picchu. Or step off the beaten path and groove to Afro-Peruvian beats, chase perfect waves off a paradisiacal Pacific beach. Wherever your journey takes you in Peru, you’ll be welcomed by big-hearted folks and a deep lust for life. Small wonder, then, the land of the Incas is one of the continent’s top picks for adventurous travellers.