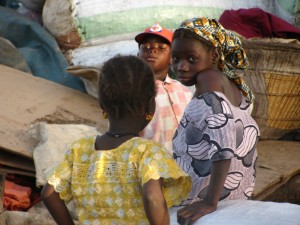 Mali for me is the country that will always be in my mind first because it was unique and secondly because I got the deadly malaria, something that I had managed to avoid since I had already been to five malaria affected countries. But let’s take things from the beginning. 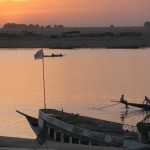 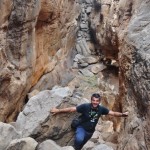 My adventure in Mali started before I even crossed the border. After a great
200km trip on a brand new road from Senegal to the border of Mali (a European Union project) I had my passport stamped and I entered the neutral zone until the Malian border that included the crossing of a river. The bridge was missing so I had to drive through the river. I did it successfully, although under a lot of stress. I had never done it before. After that I crossed the Malian border and spent the night in the village of Kenieba. The next day I headed north to the town of Kays. My information was that the road was really bad. It was supposed to be 300km or 4 hours. I calculated at least five. Only in my dreams! Basically there was no road, only mud and sand. It took me 10 hours of constant driving. There was no road in any sense. My poor Voukefalas! I don’t think I have ever driven such a difficult distance in my entire life. I arrived in Kays like a ghost after 10 hours of driving, stopping only for water. Even that was on the road sometimes. I became a “real white” from the dust and my eyes were so tired I could hardly see. I slept next to a beautiful waterfall that I did not even remember. 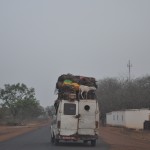 Then I took the 800km road to the capital Bamako, thank god in asphalt this time. Thanks to the Dutchman Ian, that I had met in Gambia, his waypoints on my GPS were perfect. So I found the nice city camp very easily although it was night when I arrived. By the way Bamako is the kingdom of mopeds, the cheapest way to get around. But I am talking about millions now and of course you could see everything imaginable on them. Somebody was carrying his wife and two children, someone else was carrying three goats and someone else had all of the above. Don’t ask me how but I’ve seen it with my one eyes, it can happen. After taking care of some visas for Burkina Faso, I decided to move to 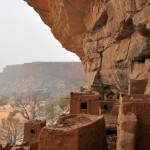 a Catholic mission that was renting out rooms to tourists for a small amount of money to cover their expenses. The nuns were really hospitable and helpful but strict and serious as well. Outside the mission there was a parade of bums (locals that have nothing to do) that were after the tourist money. They knew how to get you anything you can possibly imagine. Some of them were great guys but some others were really, really bad. The good thing is after travelling for a while you instinctively figure out who is who and who wants what. So I used their services in the way it fitted me best, after struggling with them about what they would get out of me and me out of them. The good thing is that at the end we were both happy. I had my share of small parties in Bamako (Mali’s music is well known). After that I hit the road to the south towards Burkina Faso and left the north and more interesting part of Mali for the way back. As I explained to you in the Burkina Faso Chapter, on my way back home I had to pass Mali again. Before crossing the border I spent one more night in Sicasso, in the back yard of a cultural centre, since the city hotel was targeting to locals only, with stay-in prostitutes and a fare share of dirt. You might think I am crazy for cruising through places like that, but when you are there, this is the only way to see the city and after a while it’s completely natural. 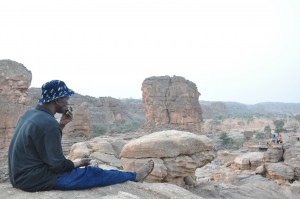 Western Mali was just another adventure but the northeast is what you would call the highlight. Half of it is occupied by the Dogon people and the other half by the Sahara desert and the Touareg land, one of the most hostile territories someone can come across. Although after doing so you look back and appreciate the willingness of these people to survive. After re-entering Mali I headed straight to the Dogon country. At this point I have to mention that the borders I had to cross were hypothetical with no checkpoints or any sort of control. Everything was in the first village in which I had to find 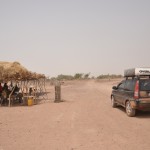 where Immigration and Customs were. That explains the bandit and terrorist activity in this huge, no man’s land, all the way to the Mediterranean coast of Algeria. Now back to the Dogon. This tribal people look like they have fallen from the skies. According to Mamadu, a local teacher and interpreter in Dogon, they come from ancient Egypt. They are still pagans and have a lighter colour skin than the majority of the other Touareg. The area they decided to build their homes and granaries is against any surviving rule and completely impossible for people to live in. The Dogons though made it. For a whole week I trekked the mountains to visit about six of their villages and to get to know their customs. Mamadu, who was the best guide I have ever had or will have, made it all come true. Thank you very much,
Mamadu. I hope you read this. 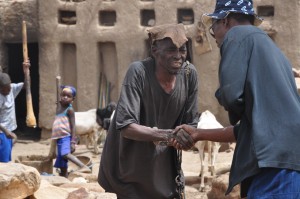 About 24 hours before I finished trekking, the malaria symptoms started. In the beginning you feel a little bit cold and as the virus gets more and more into you, you get weaker end weaker. I drove from the last Dogon village into the Touareg area in Mopti. I managed to drag myself to one of the Catholic missions there, for some clean and healthy environment. I passed out for 24 hours before a very nice lady Ms Schneider from Germany found me and dragged me to the nearby hospital. 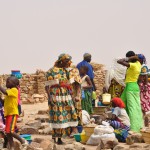 I hope she is alright wherever she is, I’ll never forget her. A million thanks if you read this Ms Schneider(Liz if I am not wrong). After I was diagnosed with malaria I had to stay in the hospital. I managed to stay 24 hours there and that’s because I was unconscious most of the time. As soon as I felt a little better, when the antibiotics kicked in, I begged the doctor, who was Cuban and could communicate with me, to allow me to go back to the mission and receive the rest of the treatment there. I am sure that if I had stayed there, even if I were saved from the malaria virus, I would have died from some other one. 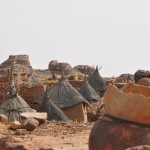 The African hospital was one of the worst experiences that I will never forget. After 10 days and about 13 kilos lighter I managed to stand on my feet. I was still on antibiotics but I had to get out from there. The few times I left the mission to go out and eat something, I met nothing but aggressive people that acted like the whole world owed them something. The Touareg were bandits of the desert that used to live out of what they could get their hands on from the passing caravans. They are really difficult people to handle. I also learned from others who have travelled more to the north, to the notorious Timbuktu, that things get even worse. The big music festival that was held in the desert had to stop and move to the city because of the kidnappings that took place. I said goodbye to the nuns of the mission that all this time took really good care of me, I gathered my strength and left. 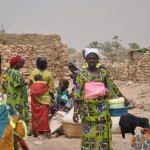 I drove about 2500 km with stops only to sleep and eat from Mopti until north Mauritania just to get away from the malaria areas and that brought my Malian trip to an end. I cannot say that from what happened to me, Mali is a no go zone. Whatever happened could happen to anyone in all of the countries that are around the tropics, where malaria-infected mosquitoes exist. Mali is not an easy country to travel to but now that all this belongs to the past, if you ask me to go back, my answer will definitely be yes. 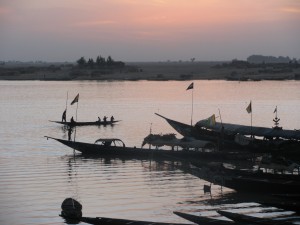 I’m sure in one of my upcoming trips to the rest of the African continent I’ll be back even just to say hello to my good Mamadu.
Please Share This