Our story with TD Overland Crew starts back in our previous trip. While in “The Epic Journey” and in our attempt to cross from Iran to UAE, we met Daniel, “the crazy Czech”, from Prague. Together we watched our vehicles getting lifted and loaded on an onion boat with destination UAE (Read more here). Prior to our departure we contacted him in order to catch up, as we had plans to go towards Prague, only to find out that he as well was heading this year to South America. That was it, the date was set. 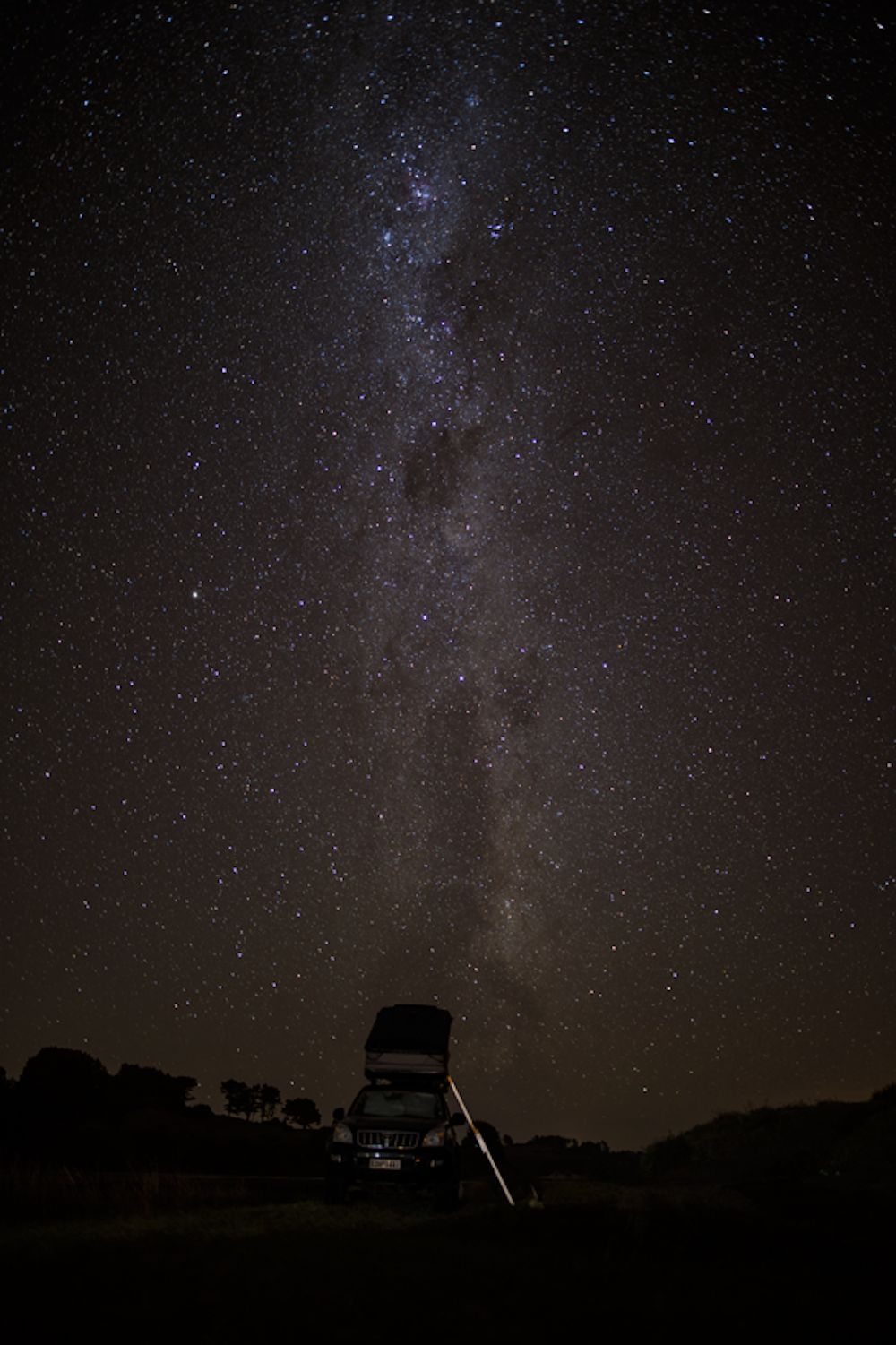 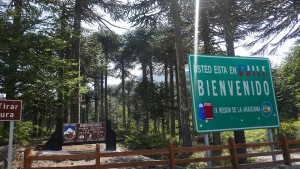 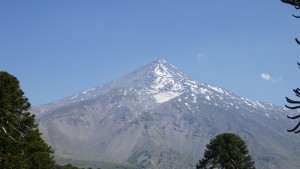 month earlier than us). We agreed that our meeting point would be a free campsite at the shore of Lago Nahuel Huapi, outside Villa Angostura, an up market resort town. This is the southern starting point for the breathtaking trip along the Ruta de los Siete Lagos, our destination. After we met, we spent a great first night under the stars with long talks and catch ups over a couple (5 to be exact!!!) bottles of wine. The next morning and with a little haze from the previous night, we made plans for the next couple of weeks. Worth mentioning here is that Daniel is a fanatic off roader. So with the security of two vehicles traveling together, we took our GPS 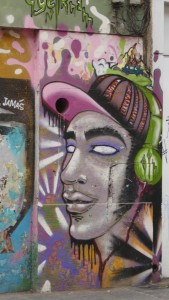 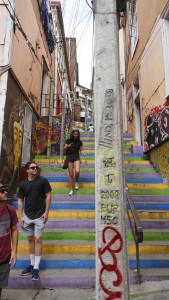 topographic maps out and set our way points to find some of the best camping locations. Ruta de los Siete Lagos, as the name suggests in Spanish, is a scenic but rough, narrow and sometimes dusty route that passes numerous alpine lakes and ends up at beautiful San Martín de los Andes. A fantastic scenery full of wild camps with spectacular lake views and exactly what we were looking for. We spent three spectacular days free camping in breathtaking, cinematic sceneries with camp fires and traditional asados (grilled meat cuts) as an end to an always wonderful day. Then we reached San Martín, a quiet little town (we were there off season) with a spectacular setting that retains much of the charm and architectural unity that once attracted people to Bariloche.

Next step to our adventure was to continue over the border, back into Chile’s Pucón, that is firmly positioned on the global map as a Mecca for adventure sports. Its setting on the beautiful Lago Villarrica, under the volcano of the same name, is a world-class 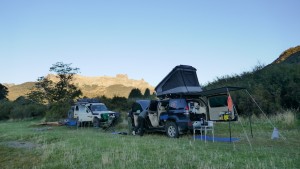 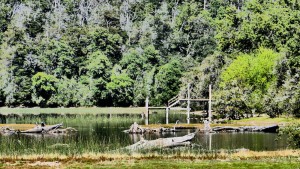 destination for adrenaline junkies. As for us, after a long walk up and down the main street… Yes, you guessed it right, our adventure was… to go for a coffee. The next day we left for the Pacific Coast and Lake Bundi. Here is where our off road vehicles finally got to play around with rough terrain and rock and some beachfront off road driving. Our Voukefalas, although definitely less equipped than Daniel’s Toyota Land Cruiser 76, proved its value and got us across the beach without breaking a sweat. From here the plan was to continue up the coast through the majestic Mapuche lands, where roaring rivers run through old growth forests and coastal enclaves are inhabited by the indomitable Mapuche people, the biggest indigenous group in all of the Americas. We tried to free camp for one more night here but as the area is still sensitive from previous fights between the Mapuche and the Chilean government, the local 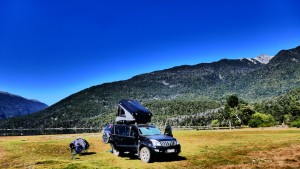 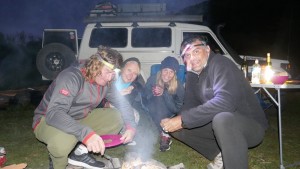 police turned us down. We were forced to push further more and we ended up for one more time sleeping in a gas station (NOT Rochelle’s favorite). The funny part was that the whole way the police escorted us to a hypothetically secure camping although we did not stay there. Anyway, we were a bit tipsy (drunk would be a more appropriate way of putting it) as we had already consumed two bottles of the lovely Chilean wine before they told us we had to move. The adventure continued the next day, on our way to Pichilemu. Our beloved GPS (it is Matilda for the record) led us through a salt lake as a shortcut and yes, this time we got really stuck. Three out of the four wheels of Voukefalas went more than half way in the mud-salt and it was impossible to find traction and get ourselves out. While I was freaking out trying to get us unstuck, Rochelle was giggling barefoot in the mud-salt, trying to help and at the same time filming the event. In this half funny half serious situation, we had to admit our failure and call the locals for assistance. To cut the story short and let you enjoy the video, after 5 hours we managed to get Voukefalas back on the dry dirt road. After thanking the two really friendly locals that rescued us, we were on our way to meet up with Daniel since we got separated earlier that same day (the day we needed a two-car convoy more than ever. Duh!)

We caught up with them in a river outside Pichilemu. By the time we washed off some of that salt-mud that was stuck in our shoes, clothes and almost everything else, it was already dark and our first mosquito infested overnight ended with a good night’s sleep in our bug free tent. Pichilemu now is Chile’s unofficial surf capital year-round, and beach-going mortals fill its long black sands. Unfortunately for me, I had to leave the other mortals to get the city’s feel and head to a carwash. Voukefalas undercarriage had also kept many kilos of mud-salt stuck under him and if that wasn’t removed as soon as possible, rust would have kicked in really fast. So Pichilemu for me was a “great car wash”!!!

With Voukefalas safe and with all the off road terrain adventure list checked, we headed to Viña del Mar, as Chile’s capital Santiago did not appeal to us.

Clean and orderly, Viña del Mar is a sharp contrast to the charming jumble of neighboring Valparaíso. Manicured boulevards lined with palm trees, a sprawling public beach and beautiful expansive parks have earned it the nickname of Ciudad Jardín (Garden City). Not many foreign travelers stay here, as it is only a day trip option from Valparaíso but we must admit that we enjoyed every minute of it.

Following the reverse route than everybody else, we then visited the dilapidated, colorful and poetic Valparaíso that is literally a wonderful mess. Except Pablo Neruda, poets, painters and philosophers have long been drawn to Chile’s most unusual city making it 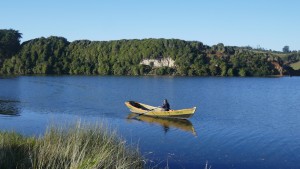 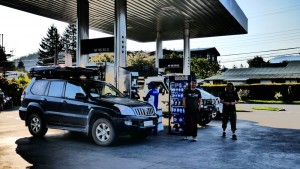 distinct. Along with the ever-shifting port population of sailors, dockworkers and prostitutes, they’ve endowed gloriously spontaneous Valparaíso with an edgy air of ‘anything goes.’ Either walking or driving around it (we did both) the spectacular faced beauty of its chaotic cerros (hills), combine the best street art in Latin America with a maze of steep streets, alleys and escalates (stairways) piled high with crumbling mansions. It was now clear to us why most travelers spend more time here than in the capital Santiago. Worth mentioning here is that this area lacks campgrounds, so the only one we could find was far out of the city. That was probably the main reason that stopped us for spending more time in this area so we moved further north. With all this continuous moving 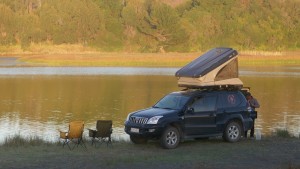 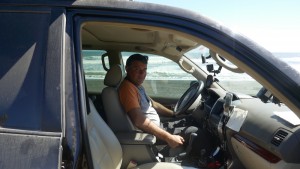 though, it was time for us to take it easy. Ad there is no better place to do that than the beach. While we were looking for the perfect beach, we had an overnighter in Pichidangui. But it was not the place we actually had in mind for chilling out, so we kept on looking until we located Tongoy, just 60 km before we reached La Serena on the coast. Tongoy is another lively little beach resort – the perfect place to savor fresh seafood, sink a few chilled copas de vino (glasses of wine) and be serenaded by the marisquerías (seafood restaurants) alongside Playa Grande. Playa Socos, on the north side of the peninsula, is a much more sheltered spot for a dip but still nothing special. Here we found a campsite located literally 10 meters inland from the seaside. Finally, this was what we 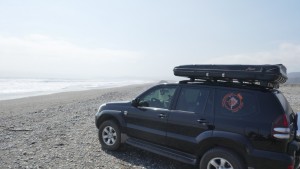 were looking for. Four days of sun seeking, an afternoon cocktail hour with some Pisco sours and a much needed long pause, before we pushed forward for one more time. This time to La Serena, Chile’s second oldest city and the thriving capital of Región IV. La Serena is doubly blessed with some beautiful architecture and a long golden shoreline, making it a kind of thinking-person’s beach resort. The city absorbs hoards of Chilean holidaymakers in January and February, though it was fairly peaceful the time we were there. Some of the city’s architecture is from the colonial era, but most of it is actually neocolonial. Another reason for us to be here was that La Serena was a hump of the 2014 Dakar rally.

The surrounding countryside has numerous attractions, great off road routes, pretty villages and Pisco vineyards, as well as international astronomical observatories that take advantage of the region’s exceptional atmospheric conditions and clear skies. One night under the stars was obligatory here and was definitely worth the effort. The next day we headed back to Argentina over one of the most breathtaking high passes but we tell you about that in our next post. Keep on following the #11North55South…