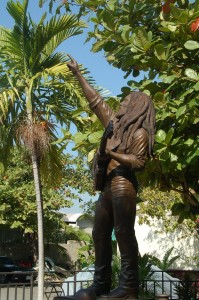 Despite its location, almost smack in the centre of the Caribbean Sea, the island of Jamaica doesn’t blend in easily with the rest of the Caribbean archipelago. It boasts the same addictive sun rays, sugary sands and pampered resort life as most of the other islands, but it’s also set apart historically and culturally. Today’s 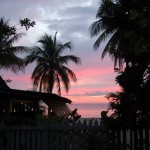 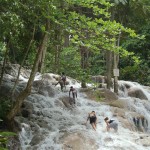 visitors will appreciate their trip to Jamaica all the more if they embrace the island’s unique character and the inherent ‘African-ness’ of its population. I made that trip before visiting Africa. So the roots and culture that Jamaicans have was completely unknown to me and I must admit, it took me quite a while to understand them.

Jamaica is divided into two pieces, the resort and vacation playground and the real life, poor and struggling to survive. It makes sense that the second part can sometimes be unpleasant for us whites. Aside from its people, Jamaica has much to offer the curious, thirsty or weary traveller. The Blue Mountains boast the world’s best coffee. Try a cup in the century-old factory at Mavis Bank. There are world-class reefs for diving, including those at Runaway Bay and Ocho Rios and great stretches of palm-fringed sand at Treasure Beach or Frenchman’s Cove, near Port Antonio.

Let’s take things from the beginning though. Nowhere else in the Caribbean is the connection to Africa as 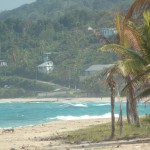 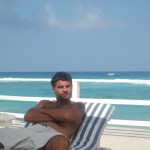 keenly felt as it is in Jamaica. Kingston was the major nexus in the New World for the barbaric triangular trade that brought slaves from Africa and carried sugar and rum to Europe. When I first landed there, I immediately understood that the damage, that the white people caused there, makes the locals not very welcoming and even aggressive in some cases. Of course that doesn’t mean that I hesitated and stayed indoors. I visited Bob Marley’s house and met an old Rastafarian that was working in the museum that now stands there. He is the reason that made me see another side of Kingston. Going around with him gave me confidence while it gave the locals a feeling of respect for me as an individual and not as another tourist. Thank you, Mister Freeman. I hope one day we smoke a joint together one more time, somewhere in your poor neighbourhood in Kingston.

I left Kingston and headed north to experience the diving in the north coast. In Runaway Bay I ended up staying in Tom’s house. He was a runaway himself since he had gotten into some trouble in the USA and had to come back and hide there. Excellent diving and lots of parties kept me busy until it was time to go to beautiful Negril. It’s a paradise taken over by the tourist trails. The long straits of sand make up for the persistent street sellers that are definitely a big minus .Besides that, there are offbeat bush-medicine hiking 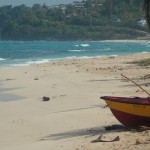 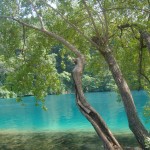 tours, congenial fishing villages, pristine waterfalls, wetlands harbouring endangered crocodiles and manatees, unforgettable sunsets. At that point my friend Diana joined me. We spent most of our time in beautiful Ocho Rios and in the touristic and not so recommended Montego Bay.

Worth mentioning here are the Maroons, runaways who took to the hills of Cockpit Country and the Blue Mountains. They safeguarded many of the African traditions and introduced jerk seasoning to Jamaica’s singular cuisine. Another person worth mentioning is Marcus Garvey from Saint Ann’s Bay, the man that founded the back-to-Africa movement of the 1910s and ’20s. It was from Jamaica that the only group of ex slaves made it back to motherland Africa. Rastafarianism took up the call a decade later and reggae furnished the beat in the 1960s and ’70s. 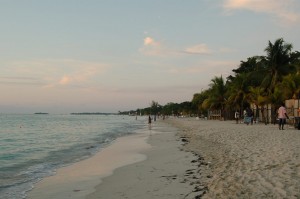 It’s no wonder why many Jamaicans claim a stronger affinity for Africa than for neighbouring Caribbean islands. This is a country infused with pride in its unique history, stunning landscape and influential culture. So ready or not, welcome to Jamaica.