Truth to be told, we were enjoying Lima a lot, but after eleven days, the time had come to move on. We had heard about a place 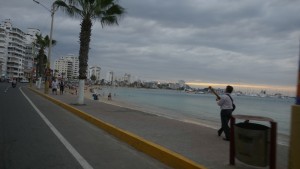 further north on the coast named Tortugas that meant to look like a Greek village, so we decided to give it a go. Although Rochelle will probably disagree, the place was not exactly what it was meant to remind us of. I know, picky Greeks, there is nothing like Greece and so on. But it is what it is, so we decided not to stay and move on to Huanchaco, a tranquil fishing village, 12km outside Trujillo. This place owes its place in the Gringo’s Trail Hall of Fame to the way the locals build their unique narrow reed boats till this day. If you’re lucky, you may catch one or two of them 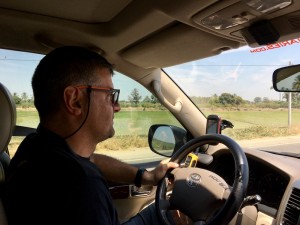 surfing back into the bay after finishing up with the day’s catch. I had been there almost 13 years ago and except the boats I remembered a beautiful beach, so I wanted to show it to Rochelle. Unfortunately and to my disappointment, a pier development further south in Trujillo had its impact on Huanchaco’s beach as corrosion made it almost disappear. Nevertheless, the slow pace of life and the plethora of nearby sights have managed to retain the village’s appeal to travellers , making it worth the stay for a couple of days.

Next up and after several hours of crossing the emptiness of the Sechura Desert, we were in Piura, a city that almost self-sufficiently was recovering after the lethal floods that hit the area a couple of months earlier. Seeing the city’s communities volunteering and 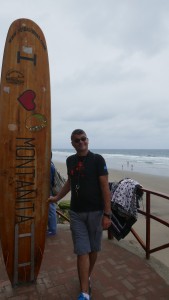 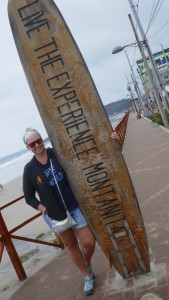 assisting in clearing roads and helping in the recovering process was a different kind of highlight but for sure a sight to remember. And as Lonely Planet would probably add, this desert oasis was home to the novelist Mario Vargas Llosa, a Nobel-prize-winning author. Had we heard of him before? In case you’re wondering, no. But we are adding this as “the intellectual part” of the post. Worth keeping in mind here is that except a hub for the northern towns, there’s very little else for tourists to do here. Therefore, as soon as we got back on the coast, we headed to the next destination, Mancora, the place to see and be seen along the Peruvian coast. In the summer months, foreigners and the Peruvian jet set flock here to rub sunburned shoulders with each other. This is Peru’s best sandy beach and the sunniest region of the country that stretches for several kilometers in. After a failed attempt to find somewhere to camp and a couple of hours wandering around, we had enough of Mancora and so we moved about 35km north to Zorritos, the biggest fishing village along the coast. While the thin beach here isn’t as nice as Mancora’s further south, we discovered a peaceful overlanders’ hideout that was exactly what we needed. Beach front camping area, great hosts, local fruit sellers passing by daily and free access to the ice-cream fridge!!! What else could we ask for? Humpback whales (whale watching season) were passing by out in the open ocean and watching them jumping, creating huge splashes, was one of the highlights of our day. With an extensive stay here, our visit to Peru’s coast was completed. Most of the country’s world class sights were left out as we will be coming back via the Andean part on our way down, before we enter the Amazon region. So for now, we said “see you later” to Peru and pushed forward to Ecuador.

First stop, the city of Guayaquil. This city is not only a vibrant centre but also the beating commercial heart of the country that continues to grow. Although high-rises give it a big-city profile, there are still shantytowns clustered on the hillsides. The Río Guayas’ 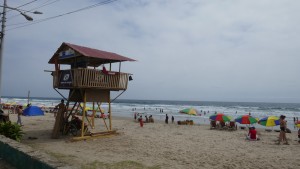 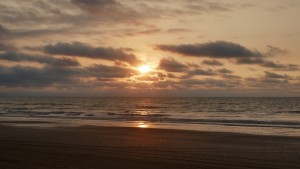 malecón, the city’s riverfront, town square, eatery, playground and many more are definitely a distinct area that manages to identify the city. Except the city’s exploration though, there was one extra important reason for us to stop here, the repair of our camera. The camera owner (guess who that is) in her attempt to film cinematic shots, had managed to get the lens stuck with sand. After some basic maintenance and thankfully with no further drama, our camera was back on working mode and we were back on route, this time the “Ruta Spondylus”. Formerly known as the Ruta Del Sol, this coastal route-line has much more to offer than sun and sand. The area’s geography changes from a lifeless mix of dry scrub and cactus to lush mountainous cloud forests. Our first quick stop was in Salinas that claims the fame of Miami Beach. It’s a 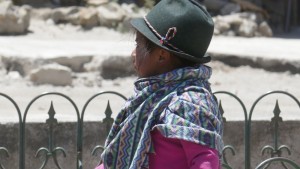 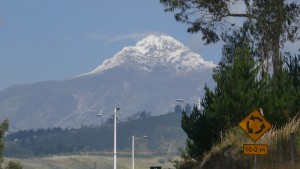 bit of an exaggeration if you ask us, with the only similarity being the row of tall white condominiums, fronting a sandy patch filled with water sport outlets. We did a quick drive through there before we moved on to Montanita, a laid-back fishing beachfront village that its good year-round surf attracts big numbers of cosmopolitan backpackers. The Rasta vibes mean some “temporary road travelers” have set roots here, setting up hair braiding and jewellery making street shops on the side of the road. The result of all this interesting international melt pot is an easygoing surfing community willing to share its waves – and everything else that come with them – with everybody who bothers stopping here. Just make sure you come with a “no shirt-bodies, all day mood and ready to people watch” attitude. Something important to note here is to pick your accommodation in the further out hostels, as the night partying and the loud music go on till early in the morning.

With the party scene ticked out, we headed to our next destination, Parque Nacional Machalilla. This is Ecuador’s only coastal national park that reminds what the South American Pacific Coast once looked like. Facing distinction nowadays, it’s one of the most 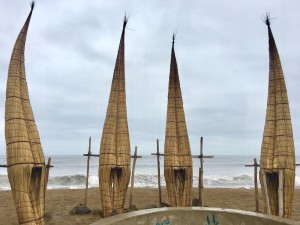 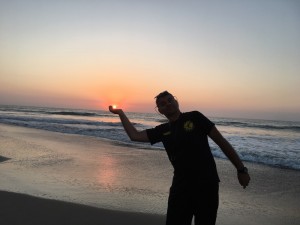 threatened tropical forests in the world. Within the park itself we picked Puerto Lopez, a fishing village that lacks in physical charm but it more than makes up for it with its long, wide beach and proximity to the wonders of the park. Whale-watching, the main thing to do here, is enough to transform this otherwise quiet village into a bustling base camp. As diving was fully booked (high season), we followed the crowds and jumped on a boat in order to experience Puerto Lopez star attraction. It is touristic but that does not take anything out of the beauty of watching these marvelous creatures swim and play with the waves. Stubborn as we are, we didn’t want to miss the diving opportunity and so we pushed to Puerto Cayo, a village further up, in order to attempt to dive from there. Our attempt failed big time though, as this place was a bit more than primitive and diving was not one of the locals’ priorities, non-existing would be the right term to use.

On our way towards the equator now, we reached Canoa, a sleepy village with a lovely stretch of beach, framed by picturesque cliffs to the north and the open horizon to the south. In the evenings, the beachfront bars and guesthouses come to life, as backpackers 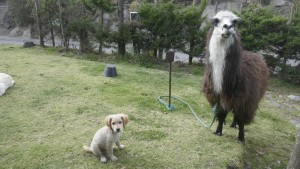 roam the streets swapping travel tales and consuming rum cocktails. For one more time though, our option, accommodation wise, was nothing more than a hotel’s car park, not exactly the most beautiful place we would like to spend our time in. So after a quick night stay and before one of us had a breakdown, we moved to a place that doesn’t even exist in the map, the fishermen’s settlement of Bellavista, a quiet place suitable to hide away and do very little. From there we were to leave the coast, cross the equator and head inland to Quilotoa Lake. On our way there and in order to give ourselves time to acclimatize to high altitude, we explored the Milagro Waterfall and ended up in a beautiful hostel, that 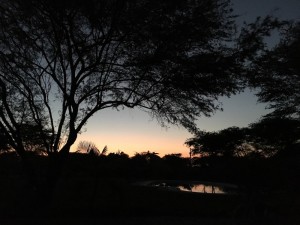 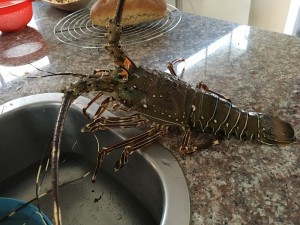 allowed us to camp and use their facilities, including their Jacuzzi, at the “high price” of 2$. Are we for real? As we were ascending, the cloud forest started disappearing and the high altitude flora & fauna took over. As the village of Quilotoa is located at 3720m high, we first headed to Chugchilán (3180m). In order to get there, we followed a road that winds down 22km of breathtaking scenery before it ends up to this tiny Andean village (a bit more than ten houses) that has been the centre of ecotourism of the entire area. We spent the next two days in a community run eco lodge, “the Black Ship Inn”, before we decided to head to the famous volcanic-crater lake of Laguna Quilotoa, a breathtaking sight. Local communities have constructed lookouts on the crater’s rim that offer stunning views of the mirror-green lake 400m below. When you ask them how deep it is, they inevitably say it has no bottom. True or not, it was still a magical sight(check out our drone footage). From there we made a quick stop in Cotopaxi National Park, with the volcano under the same name being the major attraction, before we made our way to the country’s capital, Quito. More about that in our next post.