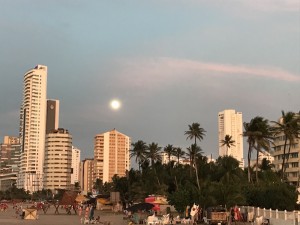 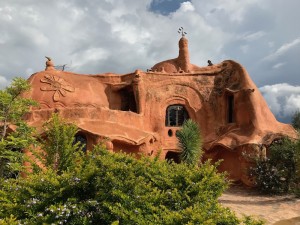 Where were we in last month’s post? Oh, yeah, Guatapé. Well, having a great host and a beautiful homey place to stay didn’t exactly help us make the decision to leave. So we extended our stay for an extra week. This proved to be gold as during that time, except getting to know the area better, we hooked up with some locals that took us out for drinks in “a hole on the wall” kind of local place. A tin roof on the side of a lake would be a more accurate description. It was a great night, followed by an even greater day. Because we were their longest staying guests, our hosts spoiled us by taking us around the lake with their small boat, showing us the lake from a different perspective, before we ended up in the village of Guatapé. In the village, as it was a long, overcrowded weekend, they showed us where to go and what to do. That made a huge difference since otherwise we would have been sucked in by one of the tourist trap outlets that were around. After a two weeks’ stay, we left the shores of this beautiful manmade lake and headed to our next destination, Hacienda Nápoles.

This was the piece that would complete the Pablo Escobar site’s quest, as this was meant to be his favorite farm and permanent residence. Unfortunately, nowadays this site is a somewhat bizarre safari-themed adventure park and except the famous entrance to the hacienda, very few other buildings still stand. It’s obvious that while Pablo’s hippos are still around – yes, he had his own private zoo – the park management has done everything possible to remove any other remaining memories of the drug lord, including demolishing his very own mansion. What remains? A theme park without much of a theme really and except the must-take picture of the entrance stating Hacienda Nápoles, nothing else makes this trip worth the trouble.

From there we wanted to get to Villa de Leyva, something that once more in this trip took much longer than expected, as a landslide (it seems 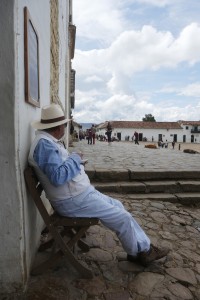 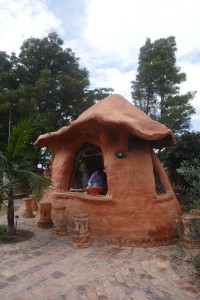 like these things wait for us to go through) caused another big detour, leading us via a small, adventurous road and putting Voukefalas to the test. When we finally reached our destination, it was late so we didn’t exactly get the real feeling of the village. The next morning we were astonished as we woke up in one of the most beautiful colonial villages we have seen so far in Colombia. Villa de Leyva is a place frozen in time. This photogenic village has been preserved in its entirety with cobblestone roads and whitewashed buildings. The village’s physical beauty and mild, dry climate have long attracted travelers but in recent years an influx of wealthy visitors and expats has slowly transformed this once-hidden gem. Boutique hotels and gourmet restaurants are replacing many of the old family hosterías and cafes, without that though making it lose any of the village authenticity. On weekends, the narrow alleys fill up with Bogotenios day-trippers. Thankfully for us, the rest of the week it all reverts back to a peaceful, bucolic village, making it one of the loveliest places to spend some time enjoying the village itself as well as its surroundings (check out the clay mansion in the footage). From there the plan was to head straight for the coast but as the distance was not doable in a single day, we added some minor sites on the way. The first one was the small city of San Gil, the outdoor capital and a Mecca for extreme-sporting for Colombia. Surprised? No, we haven’t turned into crazy adrenaline junkies and none of all those extreme sports were ever in our agenda. We only stayed there because we had run out of time.

So after a quick overnight we moved further to Barichara, a kind of town that Hollywood filmmakers dream about. It’s another Spanish-influenced colonial town with unique atmosphere. Here the scenery is almost identical to Villa de Leyva, with cobblestone streets and 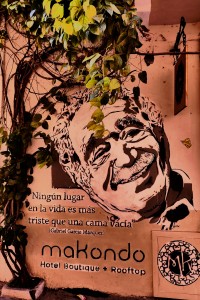 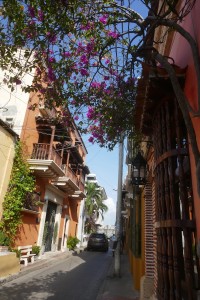 whitewashed buildings, with the only difference being that the red-tiled roofs here looked almost as new as the day they were created years ago. Many films and telenovelas are shot here, as Rochelle commented!!! Lately she has been addicted to some of them claiming she does it in order to pick up her Spanish. You may ask how her Spanish till this day is. Exactly like the telenovelas themselves, THEY TAKE A VERY LONG TIME TO DEVELOP!!! With recently visited Villa de Leyva, Barichara didn’t tempt us for a longer stay, as the tourist brochures insisted upon. But don’t get us wrong, that only had to do with personal preference and not with the village itself. After almost two and a half months in the Colombian Andes, we couldn’t wait to get to the Caribbean coast. Next on the list and first on the coast, we headed to the tranquil (or so we thought) pueblo of Tolú, one of the country’s most visited tourist destinations for locals. The beaches in the greater area that we visited and ended up staying weren’t particularly impressive, but they were pleasant enough for a short stop to acclimatize to the coast’s high temperatures. The village of Tolú was the biggest disappointment and even less tempting and attractive, with locals reaching a point of persistence considered aggressive, in order to get you to spend some money in their establishments. That fact alone was enough to turn us off. We made another unsuccessful attempt to visit the isolated fishing village of Rincon Del Mar that didn’t exactly blow our minds with its beauty either. It reminded me more of Africa than South America. After that we considered taking a direct route into Cartagena de Indias, the undisputed queen of the Caribbean coast. 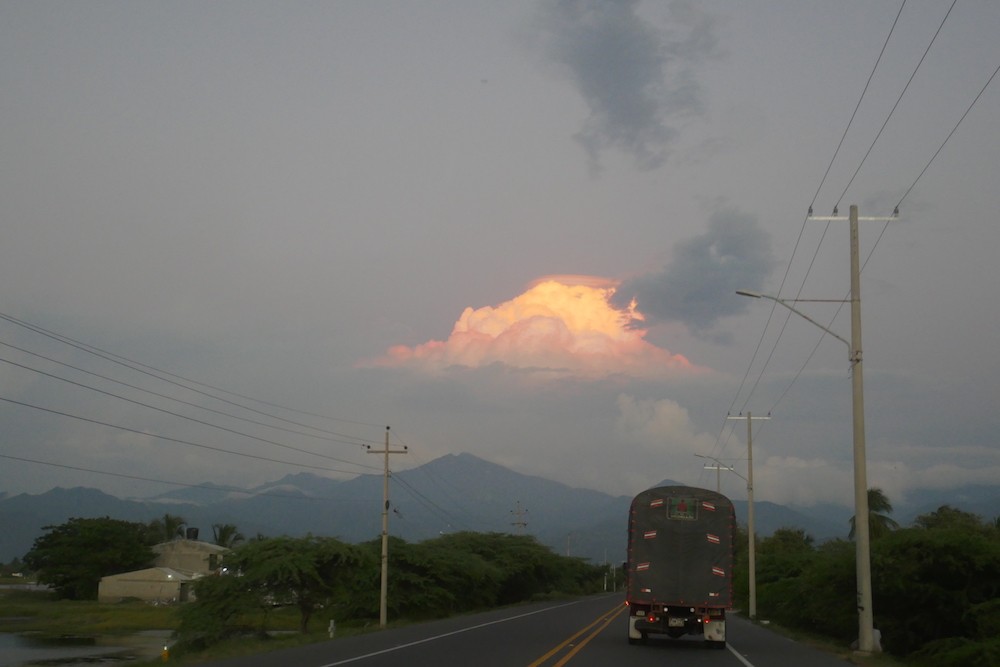 This fairy-tale city (I was there back in 2005) is full of romance, legends and superbly preserved beauty, enclosed within an impressive 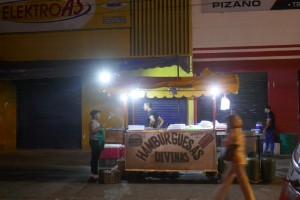 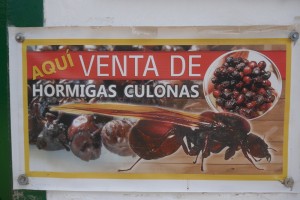 long old colonial stone walled fortress. Nothing great though in the Overlanddiaries world doesn’t start without a strong dose of adventure and Cartagena was not meant to be an exception. As we were approaching the city, a rain kicked in that, by the time we had reached the old city’s walls, had turned into a strong downpour creating chaos in the city’s flooded streets. As always with the assistance of our GPS (we hate Garmin!!!) we were led in the streets of the old town that had now turned into small rivers rushing through. Adventure seekers, there is your chance, you might have thought and so did we. So we didn’t stop to turn back but pushed further in the walls till the waters reached our bonnet. We had no 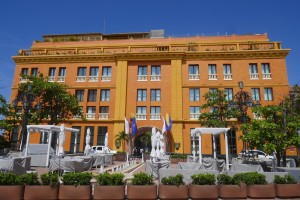 choice but to push forward trusting that our snorkel will get us through. Till we reached the coast, the water level was significantly lower. Except Rochelle’s small panic attack nothing else went wrong. When we installed the snorkel in our car back in Bolivia, I would never have imagined that the first time I would actually need it, would be inside the city limits. Safe and semidry we arrived in our hostel later that night and another adventure had just finished. 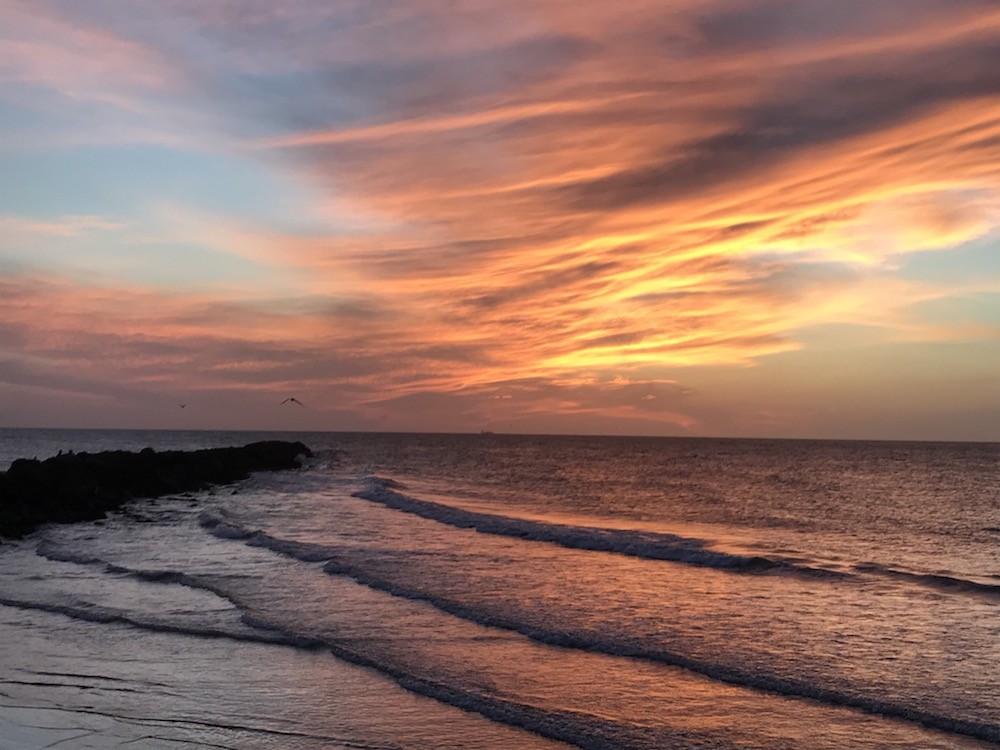 The following days and after we allowed the area to dry out completely, we headed back to visit Cartagena’s Old Town, which by the way 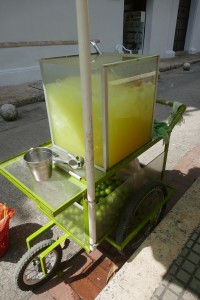 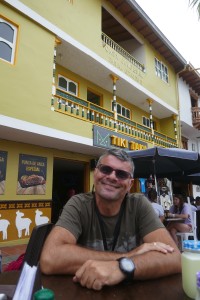 happens to be an Unesco World Heritage site. Make an important note here. This is the kind of place that sightseeing routines don’t work. Instead of trying to go from sight to sight, let everything loose and go with the flow taking a stroll through the Old Town’s streets. A maze of cobbled alleys, full of mansions, balconies covered in colourful bougainvillea, massive colonial churches and leafy plazas are some of the jewels that this place has on offer. A sensual atmosphere that is worth pausing only to escape the brutal heat and humidity in one of the city’s many excellent bars and restaurants. Avoid the main streets (do not follow the cruise boat tourist in front of you) and your options are endless. As for us, that day we ended up at a local seafood restaurant that probably served us one of the best meals so far. Cartagena is definitely a place that is hard to walk away from – it seizes you in and refuses to let you go. So yes, for one more time in Colombia, we stopped there for almost ten days and except an attempt to visit Isla Baru’s famous Playa Blanca, one of the finest beaches around Cartagena that sadly felt unsafe and extremely overcrowded, we enjoyed every moment of our time there. So much so that we made the decision to head further north only so we can come back here and spend Christmas and New Year. 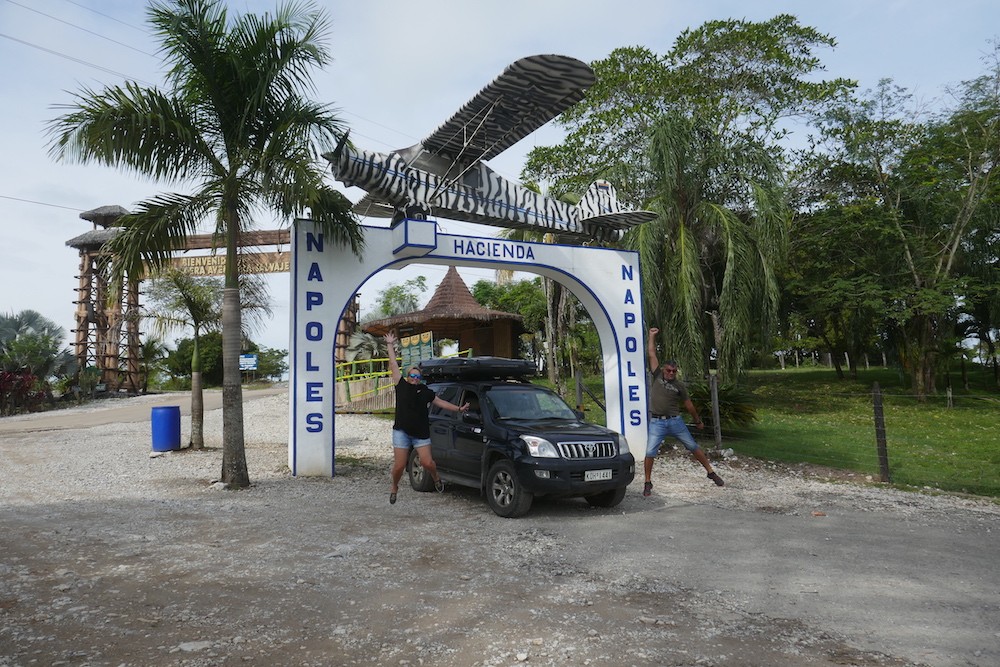 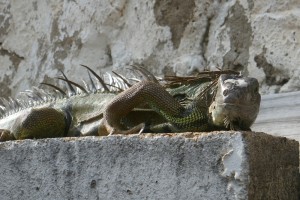 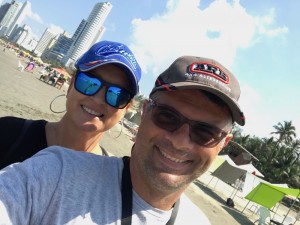 We had almost completed three months in Colombia so we had to face the issue of extending our passport permits to stay, as well as our car’s. We picked to go through this slow, painful process (Yiannis, stop being melodramatic, it’s not that hard) in Santa Marta but before we got there, we managed to fit in a night in Minca, a tinny village that is perched 600m high up in the Sierra Nevada, above Santa Marta. This small mountain village is famous for its organic coffee, incredibly varied bird life and – more importantly for us – it’s much cooler temperatures compared to the roasting coast below. This small town, which until a few years ago could only be reached by a dirt road, is delightfully surrounded by thick cloud forest and soaring mountain peaks. Minca has grown into a traveler destination and its friendly locals are 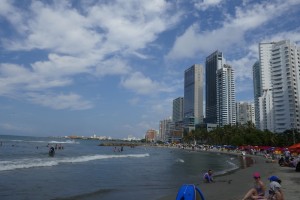 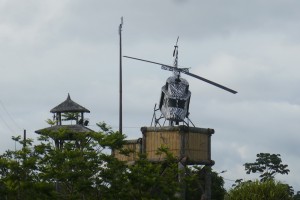 happy to welcome their visitors. Santa Marta, on the oher hand, that claims the title of South America’s oldest European-founded town, despite its charming city-centre, it doesn’t appeal to many travelers, who with every right see its urban sprawl and terrible traffic as reasons not to hang out there. If you ask around the locals though, the secret of Santa Marta is to use it for what it does well. It’s a great hub where someone can find hotels, restaurants and bars, a last stop to refill in supplies, before you take the road following the beautiful but isolated coast of the Caribbean that stretches all the way to the borders with Venezuela. For more on Santa Marta’s stories, the outcome of our paperwork, as well as our one year anniversary on the road, you will need to be patient and wait for our next month’s post. STAY TUNED…