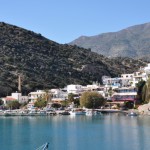 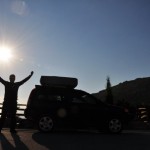 After saying goodbye to the people I met in Rethymno, I took the road to Preveli and Plakias, two more places on the south coast. They’re both great places for free camping near the river and as I found out, they are considered hippie kind of places during the summer months. Unfortunately the Samaria gorge was closed for the winter so I had to skip that part and head to Sfakia. I treated myself to a nice room right on the harbour and got into the Cretan rhythm of life. After a quick passage from Elafonisos and the cedar forest, which I didn’t manage to find, it was time for Chania, my last stop in Crete. Stella, a girl that worked with me in Mykonos, was from there so I stayed with her and her boyfriend Christos. By the way, they’re getting married in October. Congratulations, guys, I wish you all the best.