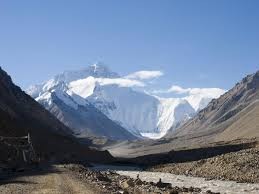 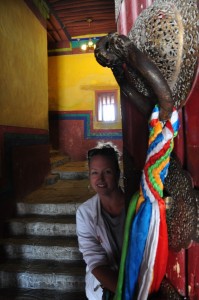 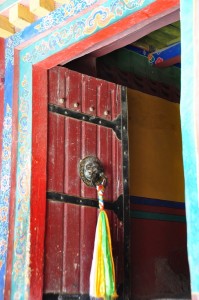 When it comes to planning a trip, you should definitely keep in mind the factor of the unexpected. When we changed our original plan and started looking into the China crossing, that fact was taken seriously under consideration. The crossing was planned to be part of a very expensive self-drive tour and therefore as expected an easy and painless process. None of us could imagine that it would prove to be probably one of the most life threatening experiences in our epic journey. 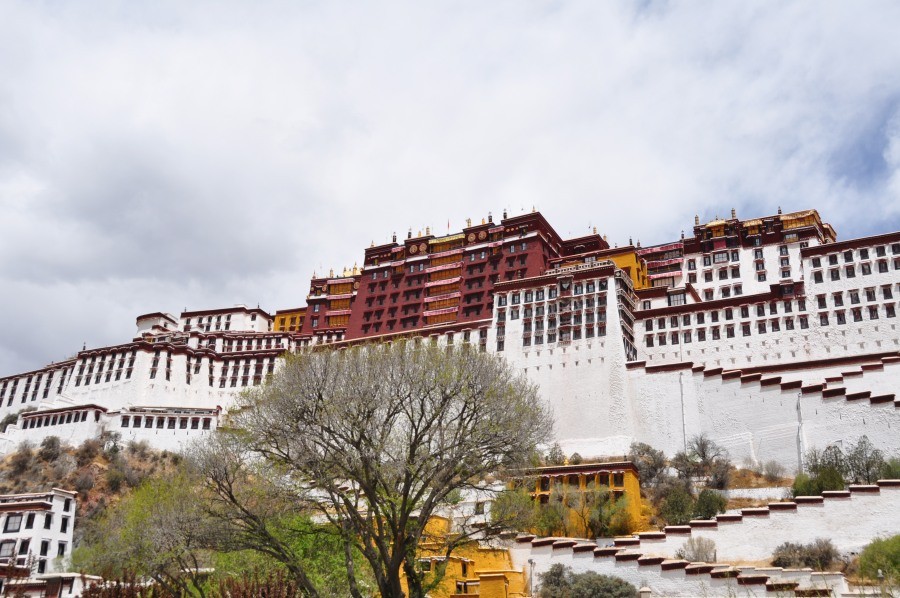 As most of you must have already read, we were hit badly by the earthquake that stroke Nepal on the 25th of April, but in this chapter I will take things from the moments that followed our evacuation and after our climb up the 8 km from the border to the village of Zhangamu. Here is where the Friendship Highway starts, the 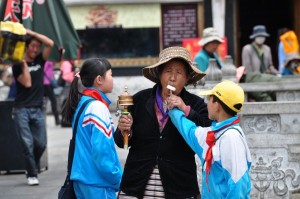 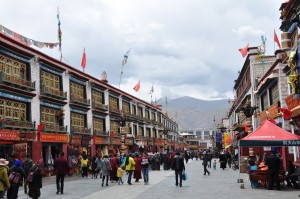 name given to Route 318 between Lhasa and Kathmandu. The route is a rough road through some of the remotest parts of our planet. It cuts through gorges, over high passes and across plateaus. It passes some of the most stunning and at the same time hair-rising scenery on Earth, a place that you do not want to cross especially after an earthquake not to mention the fact  that it had suffered several land slides . In our case we had no other option as the Army had taken over and in China NOBODY questions or argues with the army. Our group, besides us two, consisted of Anja and Hauke from Germany, Ronald and Rini from Holland and Anand, Punita,Yash and Dhriti, the Baid family from India. We were all loaded in a 4×4 police vehicle and drove straight through a number of high passes where just the altitude would horrify anybody. Just to mention some of them:  Shigatse and Kathmandu Tropu La Pass 4950 m, Lhasa and Shigatse Shogula Pass 5300 m, as well as the mighty north face of Mount Everest that we unfortunately saw in a blink of an eye. 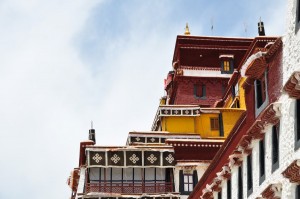 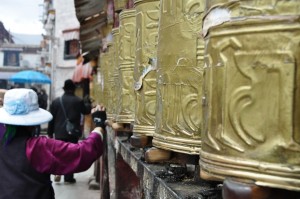 After 48 hours and with a quick overnight in an emergency earthquake camp in Lhase, we reached the capital of Tibet, Lhasa. Here we were told to wait for the government’s permission in order to relocate our vehicles. The city, despite the rampant Chinese-led modernization (Lhasa literally means the “Place of the Gods”) is still largely a wonder by itself!!! Your first view of the red and white Potala Palace soaring above the holy city gives you goosebumps and the charming whitewashed old Tibetan quarter still continues to preserve the flavor of the traditional Tibetan life. The Jokhang monastery, an otherworldly mix of flickering butter lamps and the encircling Barkhor pilgrim circuit, made us fall in love with Tibet. Nowadays the booming boulevards of the modern Chinese city overwhelm the winding alleyways of the Tibetan quarter but it is in the latter that you should focus your time. If possible, plan to stay at least a week to acclimatize, see the sights and explore the fascinating backstreets before heading off to an overland adventure. Although we tried 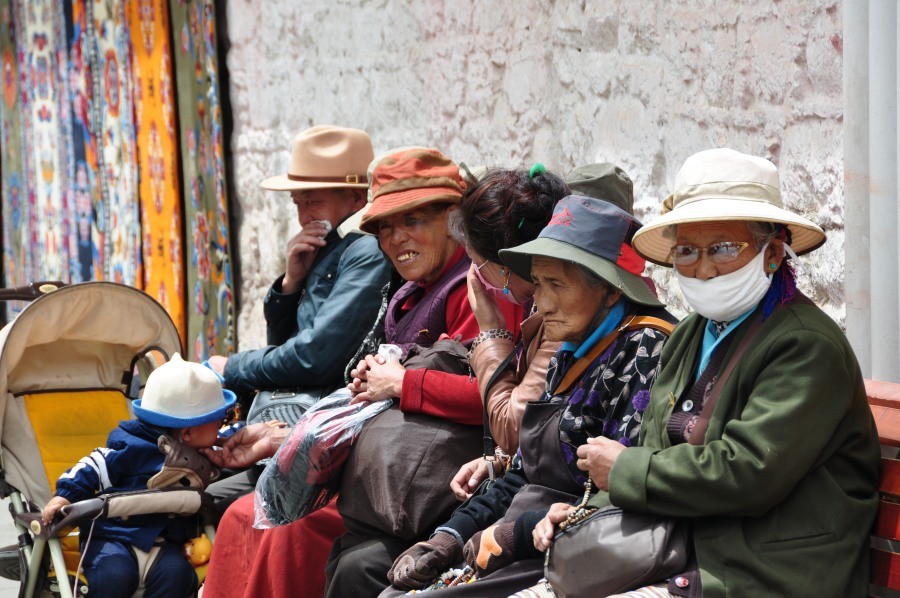 to make the best of our time τhere, unfortunately the delayed return of our vehicles stopped us from enjoying it as much as we wanted. Finally, after nine long days we had some news. Our cars were escorted to Lhasa by the army but unfortunately in our case 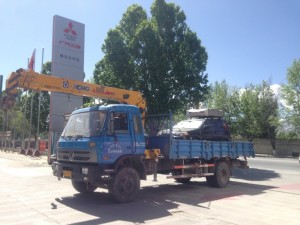 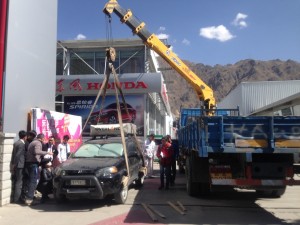 Voukefalas’ clutch was crippled by some light headed soldier that was driving it at the border and was returned to us on a truck. Our bad luck continued as there were no parts to replace it in China. So we had to order and have the parts delivered to us from Greece. The race against time had just started. We let the rest of the group head out without us, loaded Voukefalas on another truck and sent it to the first city out of Tibet, Golmud. Because of the delay from the earthquake our Tibet permits were expiring. Meanwhile and before we followed with the train, we contacted Kimon, our savior for one more time, and had him send us the parts. Zamanakos Service proved to be the right contact for the job and in 24 hours our new clutch was on its way to China. To cut the story short, although we and Voukefalas reached Golmud safely, it was not before five days went by that the parts reached the city. 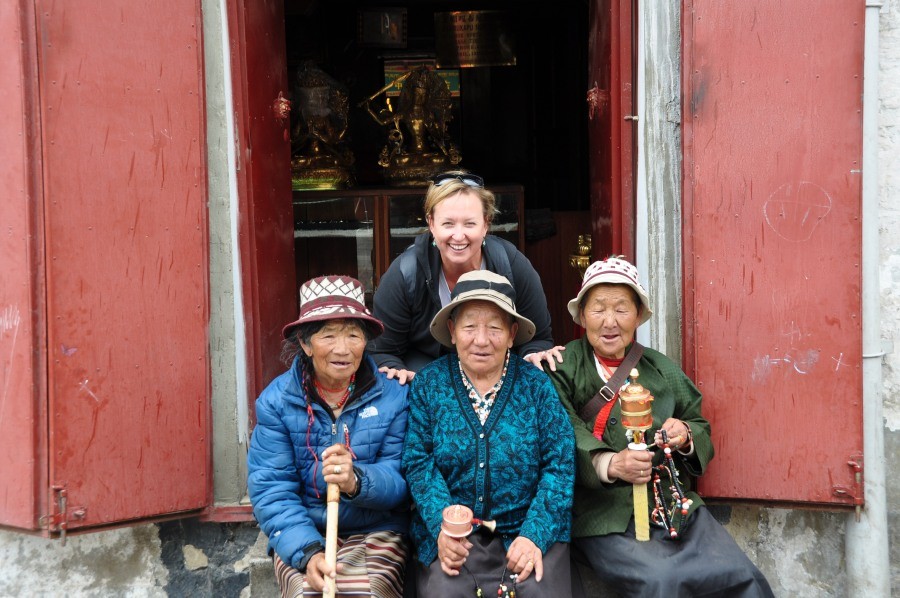 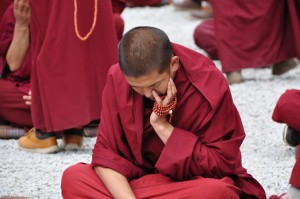 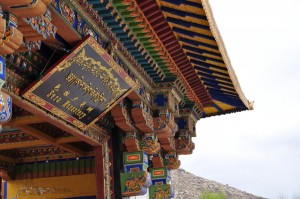 With the rest of the group now five days ahead of us, we had no time to waste. The day that the car was back in perfect order, we got on the road with only one thing left to do. To catch up with the group and finish our China adventure as soon as possible as we were brought to our knees in both time and money. With an overnight sleep in Dunhuang, we only had time for a few snapshots and a glimpse at its beautiful sand dunes. After almost 20 hours of constant driving, we finally caught up with the group on the highway outside the city of Hami, in Xinjiang province. Just for the record, the fertile Dunhuang oasis has long been a refuge for Silk Road travelers. Most visitors stay long enough just to visit the forts, towers and magnificent cave temples that are now scattered over the surrounding area. 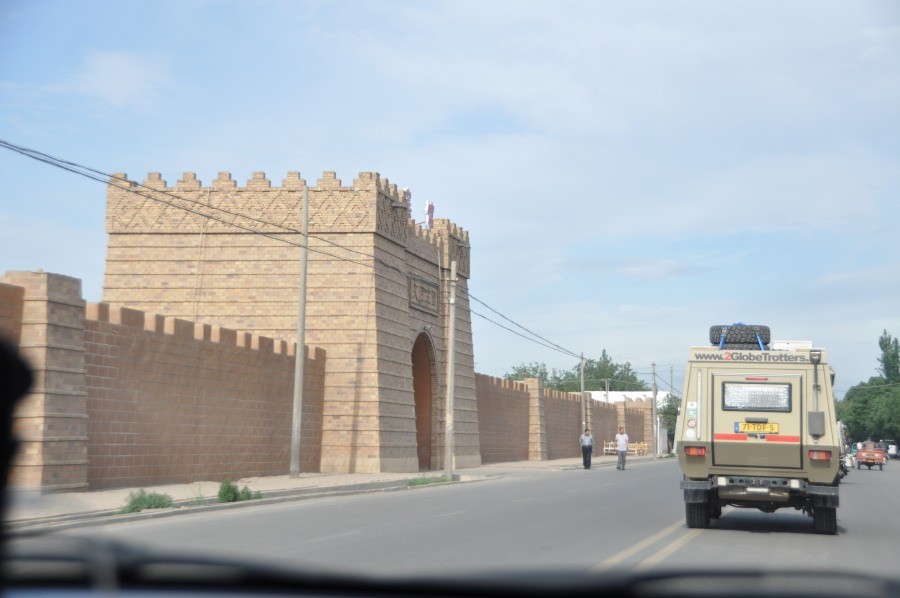 The last remaining days and the end of our passage through China will be completed in our next post together with the China movie.