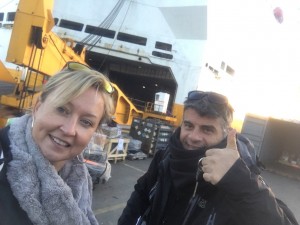 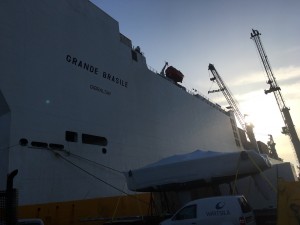 Getting vehicles across high seas has always been a headache for overlanders. In our case, this was the first issue we had to solve since crossing the Atlantic is the only way to get to South America from Europe. The freight company of Grimaldi was the solution as their vessels offer passenger service on board their cargo. The downside of this type of voyage though is the duration of the trip as it all depends on the cargo and the ports that the vessels call in. Our voyage was scheduled for 24 days. I won’t forget Rochelle’s reaction when I first asked her what she thought of it. “On a cargo boat for a month? You must be out of your mind!” After 3 months of discussions and research, we made the decision to give in to this “tempting proposal” and freight ourselves and Voukefalas across the Atlantic in a long 30-day trip (plus any extra delays).

To cut the story short, on the morning of the 20th of December, after crossing Europe, we arrived at the port of Antwerp, ready to board the vessel “Grande Brasile” 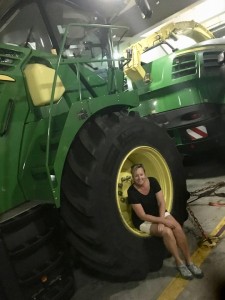 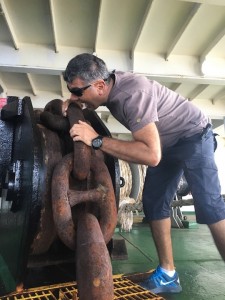 with destination Montevideo. Formalities were the absolute minimum on the Antwerp side, except for a stamp out of Europe for Rochelle (Australian passport). Soon we were on board this 214 m. long by 45 m. wide gigantic vessel. Based on the online info, we had prepared ourselves as to what to expect, so there were no surprises there. The next day though, when we woke up we both had some serious bites that appeared to be from some kind of bug. In order to be sure and as we were still on land (one day delayed departure), we took a taxi to the nearest hospital to minimize the risk of any allergic reaction. “These are definitely bites”, the doctor said, “probably from the mattress but I’m not sure from what kind of bug though”. Upon our return we requested a new cabin, something that our Captain had no issue to provide. Besides a week of annoying itches, that was the end of our bad luck on board. From the following day onwards, we started bonding more and more with the rest of the passengers, as well as the crew of “Grande Brazile”, something that completely changed our mindset.

The passengers on board were 11 in total including ourselves: Helmut and Heide from Germany, Antonio and Yolanda from Italy and Colombia, Bruno and Marie-Anne, 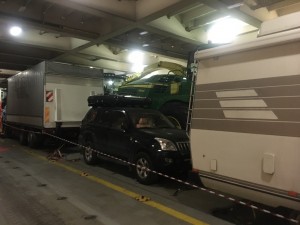 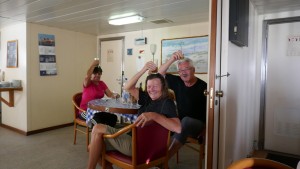 Herve and finally Jean Jacques and Flyuza. The last five were from France, except Flyuza that was Russian. The following month, we shared great memories as we spent Christmas in open sea and New Year’s anchored outside Dakar, Senegal. It was somewhere around that time that even Rochelle admitted that boarding the freight ship was not such a bad idea after all (although not the five-star cruise that I had promised her!) 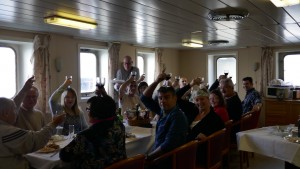 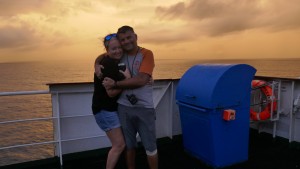 Our last African port of call was Freetown in Sierra Leone, where a poor local tried to hide in the cargo area but unfortunately he was caught 10 minutes after our departure and was returned home by the police. After that it was time for the final crossing of the Atlantic towards the Americas, something that was Rochelle’s major concern as crossings like that can be quite rough seas. Thankfully all that was just rumors, as the crew informed us. According to them, the crossing is mostly calm seas year round. Life on board such vessels can be boring as the things to do are limited down to movies, books 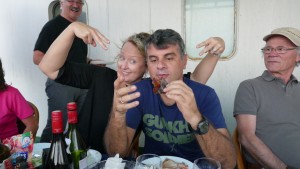 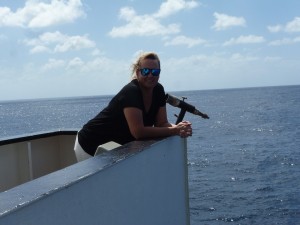 preparation for the upcoming trip (no internet here, oh my God!!!) There were days that we caught ourselves walking up and down the deck just to do something different or have movie marathons just to get through the day. Worth mentioning here is the traditional Neptune’s blessing that happens as soon as a vessel crosses the Equator and involves all the first timers, crew and passengers. They get baptized with a fire hose while they try to go through a life buoy. Great fun!!!

Thankfully time went by and soon we were anchored outside Vitoria, a modern Brazilian port, the first out of the four in South America. With no more than 5 hours 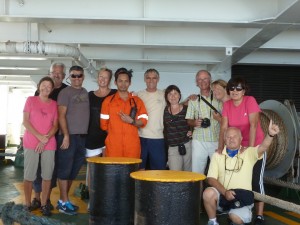 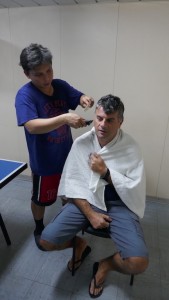 free time on our hands, just the fact that we stepped out of the ship on land, after almost 10 days, was a great relief. No sightseeing here, just a quick taxi ride to the nearest shopping mall to communicate with the outside world (internet addiction) and to get a quick glimpse of the life in a Brazilian city. Then there was Rio de Janeiro. Unfortunately we arrived on a cloudy late afternoon and by the time we stepped on land, it was already dark. I guess at that point of our trip, just getting off the boat meant a lot. An ice cream at a bus station in Novo Rio (New Rio) might seem foolish to you but to us it was a must do and we enjoyed it. The next two ports before Montevideo, our final destination, were Santos and Paranagua. More delays caught up with us here as the weekend kicked in. In Santos, we got half a day at the beach and a lunch. As for Paranagua, a walk around the colonial neighborhoods and a Caipirinhia completed our short visit. Finally, on the night of the 20th, we reached Montevideo and we were told to take the cars out on the docks. That meant the official end of our Atlantic crossing. The next day we got all the formalities done, said goodbye to our fellow travelers and hit the road. YEAH!!! 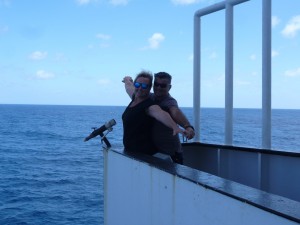 It took 14 days of Europe crossing and exactly one month on board a freight ship for Voukefalas and its     crew to step foot in South America. The trip we had been planning and waiting for has officially started. What will the next two years bring us? Keep watching & following to find out!