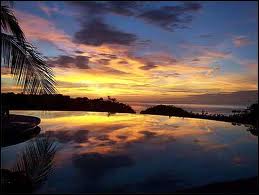 Costa Rica is sometimes called the Switzerland of Central America because of its comfortable lifestyle, peaceful democracy and overwhelming natural beauty. The country’s wildlife ranges 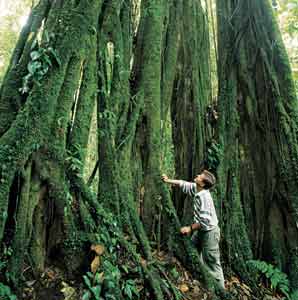 from howler monkeys to toucans that are populous and relatively easy to spot. The waves are prime, the beauty is staggering and the sluggish pace seductive. A peaceful oasis in a tumultuous region, this tiny nation draws 1.5 million visitors every year. 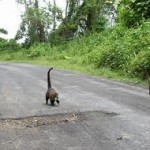 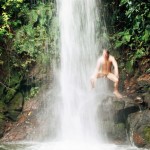 With all that in mind I had to pay a visit. So after my quick stop of ten days in Miami, I landed with my friend Kostis in San Jose, the capital of this tiny country. The city itself is nothing to write home about but the surrounding volcanoes do catch your eye. After a couple of daytrips to visit them, we headed out in the country.

One of the first things you notice about Costa Rica is the flora and fauna. Nowhere else in the world are so many types of habitats squeezed into such a tiny area. The range of habitats in Costa Rica, a consequence of its unique geography, creates an incredibly rich diversity of flora and fauna. In fact, no other country on the planet has such variety. Measured in terms of number of species per 10,000 sq km, Costa 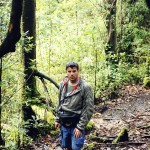 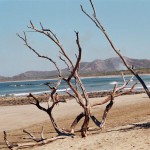 Rica tops the list of countries at 615 species, compared to a wildlife-rich country such as Africa’s Rwanda that has 596 or to the comparatively impoverished USA with its 104 species. This simple fact alone (not to mention the ease of travel and friendly residents) makes Costa Rica the premier destination for nature lovers from all over the world.

Along with its diverse geography, the large number of species in Costa Rica is also due to the relatively recent appearance of the country. Roughly three million years ago, Costa Rica rose from the ocean and formed a land bridge between North and South America. As species from these two vast biological provinces started to mingle and mix, the number of species was essentially doubled. Worth mentioning here is that almost half of the country is a protected area and the national parks are probably its highlight. Manuel Antonio, Puntarenas and Arenal Volcano National Park were just the first three on our list, with the first being the smallest and the most impressive. The good thing about the Costa Rican National Parks is that they all have a magnificent beach, really close if not included in them. So you can understand how lucky people like us can be in such an environment.

All this sounds like a paradise but to put things in perspective, consider the fact that prior to 1950, half of the country struggled with grinding poverty and living beyond the age of 50 was an achievement in itself. Today, less than one in five Ticos (Costa Ricans) lives below the poverty line and life expectancy is on a par with the US. Given the rise in quality of life throughout the country, Ticos are generally self-content and passive about politics. But underneath the easygoing veneer is discernible pride and support for their unarmed democracy. 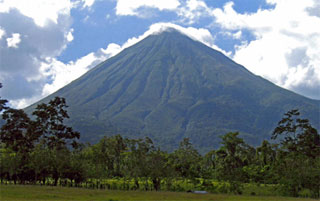 Are you still wondering what’s on tap? The question is what isn’t? Active travellers can surf, hike, snorkel and spot wildlife to start with. The incredibly varied topography means you can cruise the cloud forest in one day, visit an active volcano the next and finish relaxing on a hot 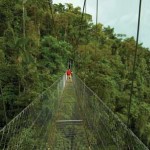 white sand beach. If you still have doubts, yes, we did it all. We trekked, swam and partied so hard that we started wondering whether we would continue our Central American trip or not.

Unfortunately after our spectacular visit to the north, in Rincon de la Vieja National Park, Kostis got sick and he was forced to head back to Greece. I think his girlfriend back home had something to do with his decision of going back as well. Anyway, I had to continue by myself until my sister told me that two of my buddies, Nikos and Dimitris, were on their way there.

I have to mention here that although I did it on my way back from Central America and by myself, for me Corcovado National Park was definitely the best out of all I’ve seen in Costa Rica. 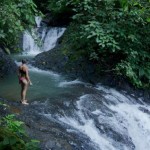 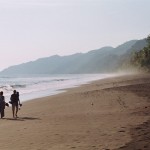 So if you’re running out of time, make sure that you visit this one. We managed to spend the rest of our time half in the national park, half in the tourist resort area where the fiesta goes on and the beautiful Tico girls live it up.

Since the boom, tourism is more chic and less cheap. Classic destinations are now crowded destinations and local culture is often lost or cast aside. Lucky for Costa Rica, its do-gooder fans, ranging from ecologists to proud Ticos, are vocal and vigilant. Nature here, like everywhere else, suffers its blows, but at least it’s taken seriously.

On your way to Costa Rica, you might wonder if this is going to be a boring vacation in a 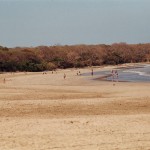 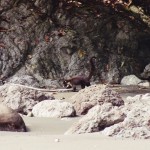 touristic and crowded country. Yes, it can be. But it can also be a memorable experience. Costa Rica is definitely an extraordinary piece of land. From hard core outdoor to glamorous sterilized environment, they are all there. So it’s what you want to make out of your visit. When it comes to mine, with a complete balance between the solitude and the crowds, I managed to have a lifetime experience. So Costa Rica is definitely a worthy destination for every one of you.