After saying goodbye to the Mediterranean Sea, we started heading inland to our next destination. This time it was Cappadocia, a gifted place that looks like it was 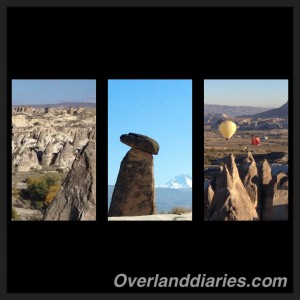 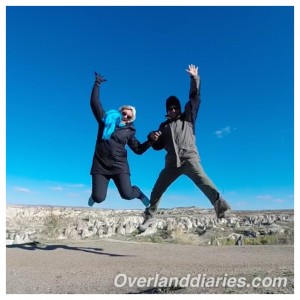 plucked from a fairytale and set down upon the Anatolian plains. In reality, Cappadocia is a geological oddity of honeycombed hills and towering boulders of unparalleled beauty. The fantastical topography is matched by the human history here. People have long utilized the region’s soft stone, seeking shelter underground and leaving the countryside scattered with fascinating troglodyte-style architecture. The fresco-adorned rock-cut churches of Göreme and the subterranean refuges of Derinkuyu and Kaymakli are the sights to see. On the other hand, you can simply pick a stay in one of Cappadocia’s cave hotels or a hot air balloon flight, both unforgettable experiences. Whether you’re here for the hiking potentials, the history, the hot air balloons or the unique accommodation, it’s the landscape panoramas that you’ll remember.

The small village of Göreme, our base campsite, is surrounded by moonscape valleys. This Star-War theme didn’t escape from the tour leaders’ eye that made it the centre of tourism in Cappadocia. Thankfully its charm has not been diminished by the great numbers of visitors that roam up here on a daily basis. Today you can find in its alleys new boutique cave hotels constantly popping up but you still have to stop for tractors making their way up narrow streets where elderly ladies knit on sunny 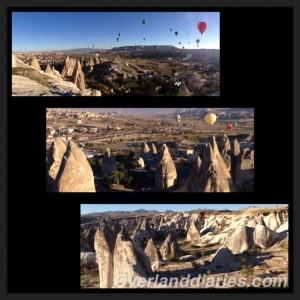 doorsteps. In our campsite, just outside the village, we met Nick and Tim, a father and a son that were traveling exactly the opposite way than us, coming all the way from Australia. With almost the same but opposite direction routes, we started exchanging information that we both needed. We also exchanged our extra chairs that they needed for a good stock of malaria pills that we needed, in a one-to-one base exchange like in the older days. We wish them all the best for the rest of their trip. 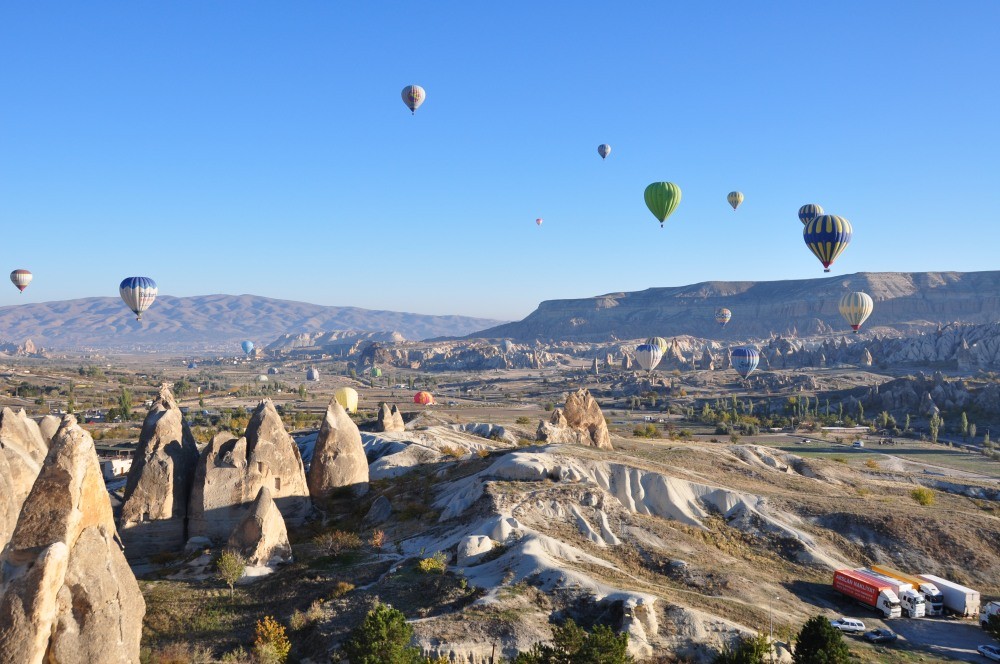 Among other activities we visited the open air museum that is an all-in-one testament to Byzantine life. Note here that if you wander out of town you’ll find other little-visited, rock-cut churches at every turn. With this easygoing allure and stunning setting, it’s no wonder why Göreme continues to attract back again and again travelers (including myself) from the four corners of the Earth. 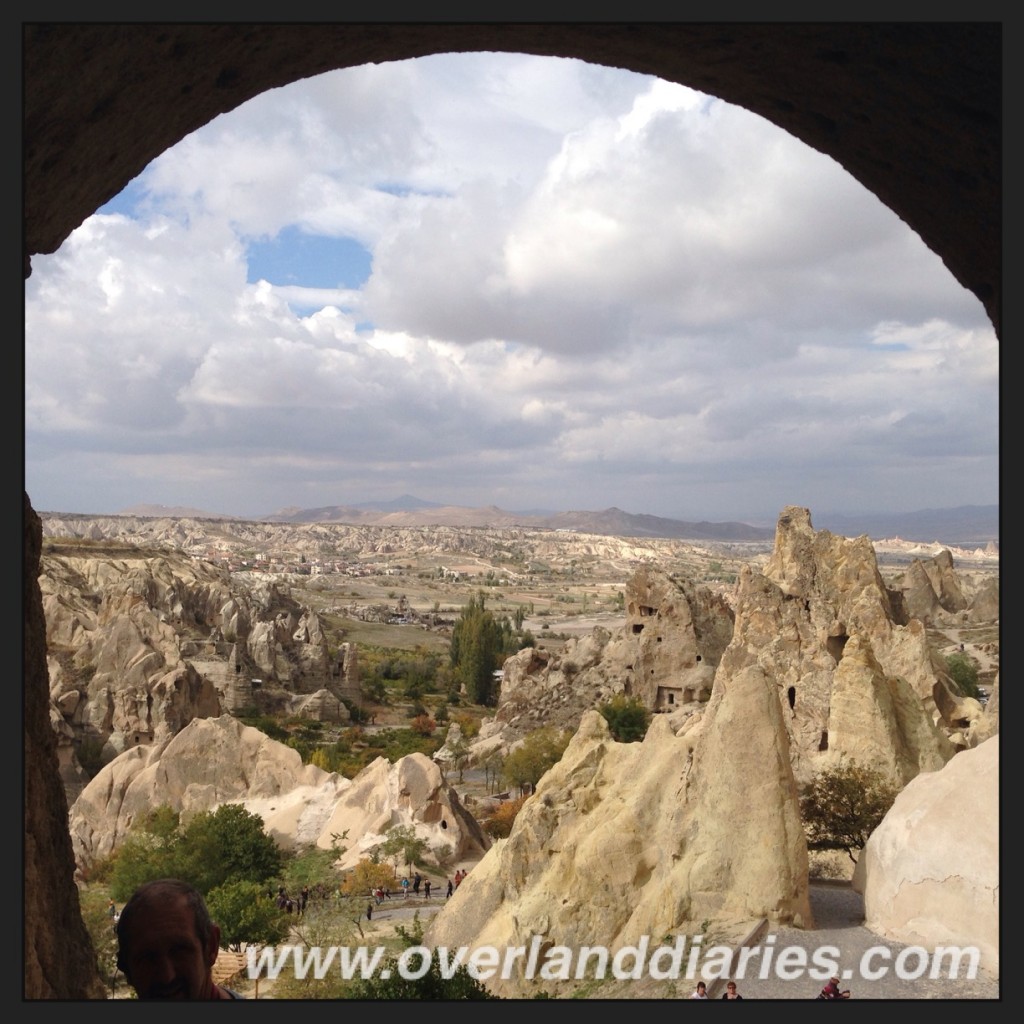 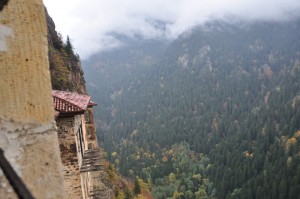 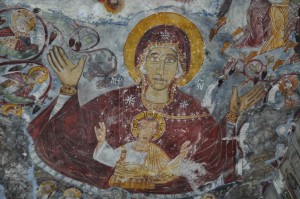 With Cappadocia completed, we backtracked west to Konya where we were hoping to get the chance to see the whirling Dervishes, something that unfortunately we weren’t able to do. Here in Konya, Rochelle had to take a short trip and head back to Australia for two weeks as her sister was having a baby. As for me, “the lone cowboy”, and Voukefalas, we continued north towards the Black Sea and then into Georgia where Rochelle will be joining us again.

After dropping Rochelle at the airport, I pushed north 500km to Safranbulu, a Unesco World Heritage site. The old part of the town, known as Çarşı, is a vision of red-tiled roofs and alleys that first found fame with traders sourcing the precious spice saffron. It’s a typical Ottoman example in architecture. Nowadays people flow here to recapture some of those moments of the past. In reality though, if you just walk among the old hamam and the market shops in the alleys you get to see the whole town. 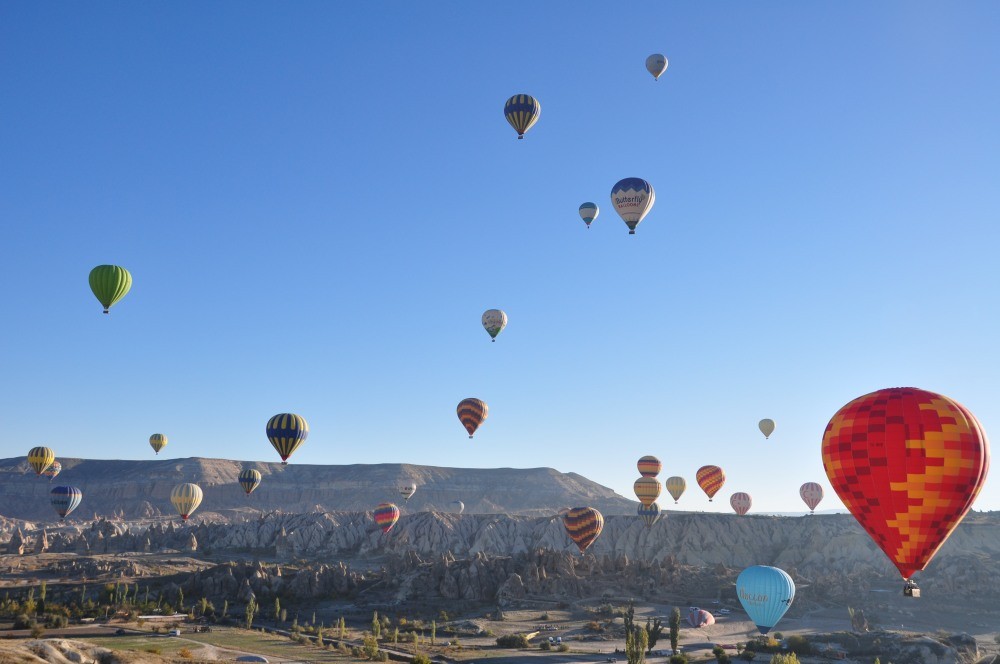 With my compass pointing north, I reached the shore of the Black Sea and the city of Sinop. Wrapped around a rocky promontory, delightful Sinop is a town of superlatives. It’s the most northerly point in Anatolia and the only southern-facing port on the coast. Colonized by Miletus on Anatolia’s Aegean coast to Romans and Byzantines through times, the city was turned into a busy trading centre. Sinop is today a holiday town with a cosmopolitan air; its heritage as a trading port is still reflected in model ships on sale in shops all over town. 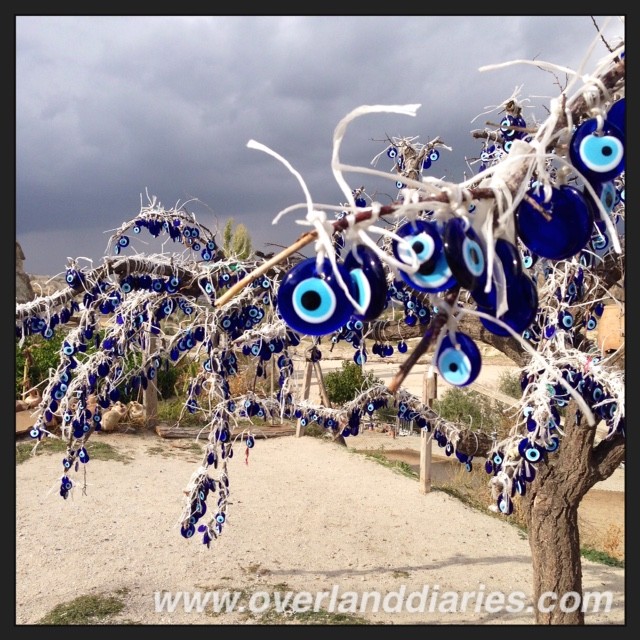 Before I reached my last stop in Turkey, the city of Trabzon, I had to stop in Unye for some days, as the bad weather prevented me from moving directly to Black Sea’s busiest port and to the Greek monastery of Sumela. Trabzon manages to mix the cosmopolitan buzz with a seaside-town feel. The city certainly is sophisticated and too caught up in its own whirl of activity to worry about what’s happening in far-off İstanbul or Ankara. 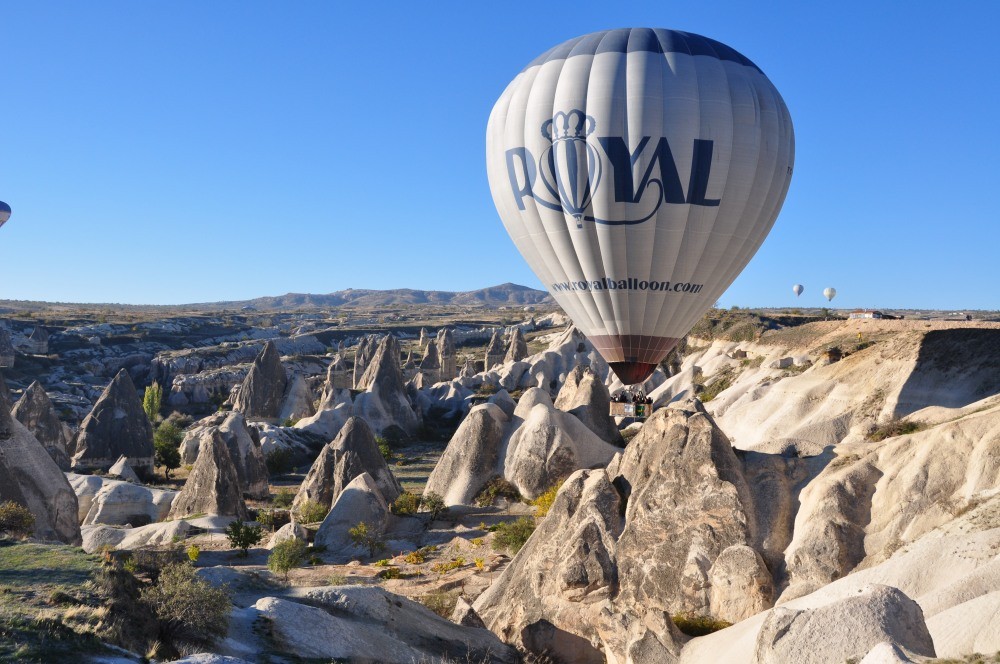 As my last stop in this overland trip through Turkey, I picked the Greek Orthodox Monastery of the Virgin Mary at Sumela, the historical highlight of the whole Black Sea 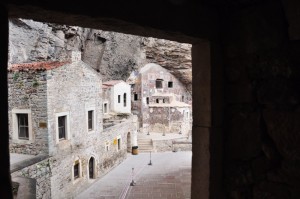 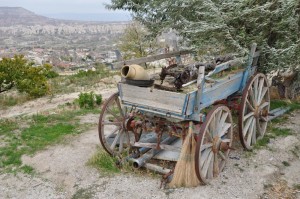 coast. Sumela stands attached at a sheer rock wall, high above forests and rushing streams. It’s a mysterious place, especially when the mists appear in the valley below, as the call of a hidden mosque drifts through the forest. It might sound very poetic but that’s how it was when I started climbing up the steep path. Sadly, heedless visitors (from Russian tourists to US Air Force and local boys) scratched their names into the frescos in the past. Thankfully now the monument is guarded. 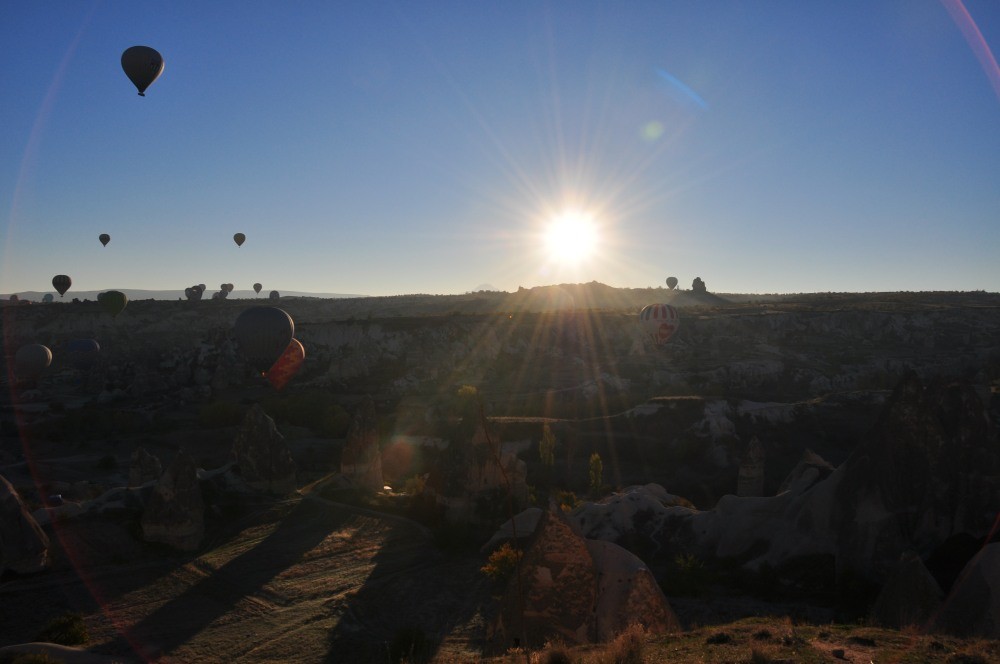 The sight I saw and would like to use as an end to this chapter was the fact that local mothers with their newborn babies were climbing up the steep stairs to a place of a different belief than their own, to get the blessing of the Virgin Mary. A sample of acceptance to something different. With time I believe that the two nations, the Turks and the Greeks, will have no reason to be enemies as long as they both accept and respect each other.