Further into our quest we headed to Esfahan. This is Iran’s No1 tourist destination and there is a very good reason for this. Its gathering of tree-lined boulevards, 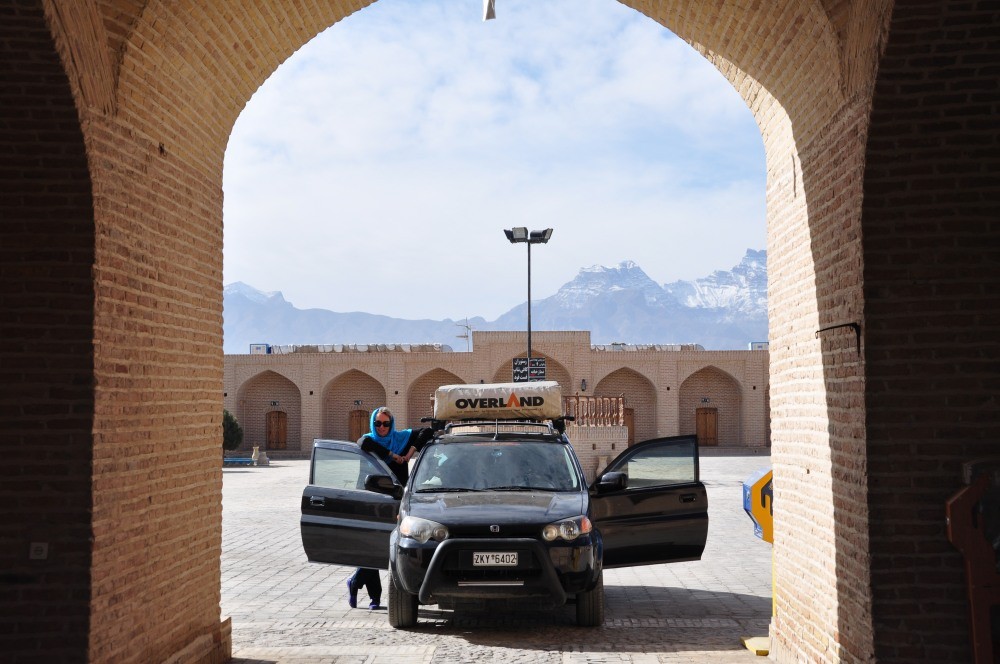 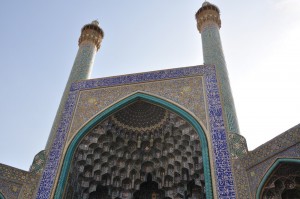 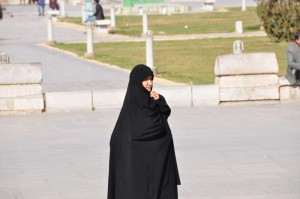 Persian gardens and important Islamic buildings gives the city a visual appeal unmatched by any other Iranian city. The many artisans working here keep up the reputation as a living museum of traditional culture. Walking through the historic bazaar and looking at handicraftsmen working outside their shops is an experience of its own. The walks over the picturesque bridges and across the Unesco-listed central square were surely the highlights of our trip. We managed to find a nice hotel and a safe closed parking for Voukefalas and started exploring the area on foot. Some blisters later and a couple of sore legs, we had competed our Esfahan stay and decided to move on. 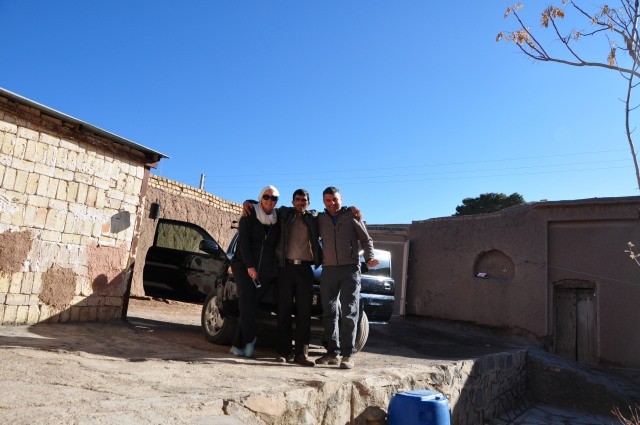 Egger to get the taste of the desert we drove further south to the small mud-village of Toudeshk. here we met Mohammed, a local 26 year old guide that the last 22 years accommodates guest in his house and his knowledge of the area is unbeatable(his email is crazyboyindesert@gmail.com) .     A real Iranian home stay, great 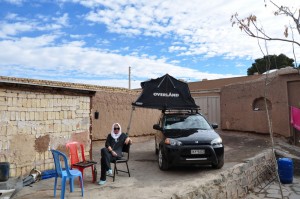 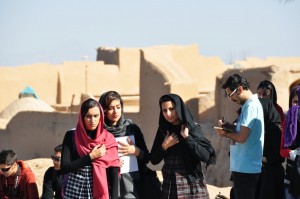 home cooked food and lots of hours of cultural exchange made up our days here. We hope by the time we get back Mohammed would have finish his new family guest house and we will be onward to be his guests.Through our two days we pay a visit to the sand dunes that lie 45 km away from Toudeshk. The dunes them selfs are probably the largest in central Iran and climbing them was as much fun as rolling down on them.(Hey Hey way to go Rochelle………I have footage on that). 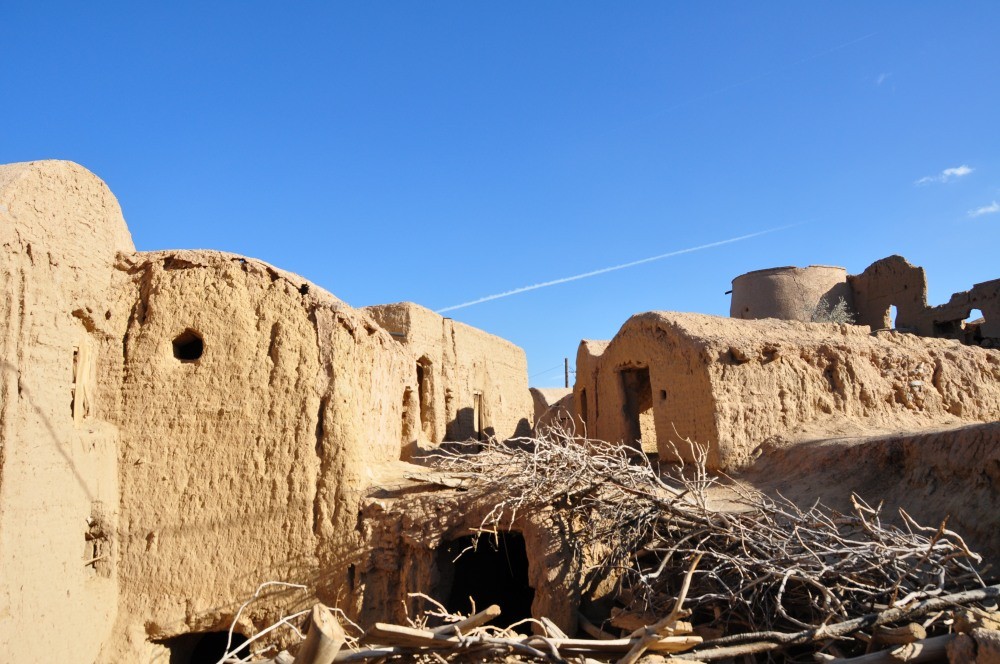 On our way to Yazd we detoured through the Zoroastrian temple of Chak-Chak, a place that this ancient religion is still in practice .Then we visited the mud 1000 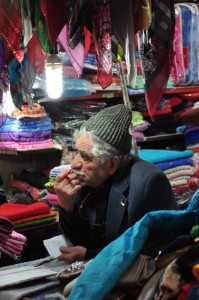 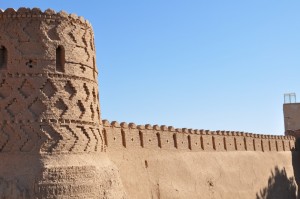 year old village of Kharnaq in which unfortunately the old mud houses were pretty run-down and the caravanserai we suppose to stay was permanently closed .That brought us to the Silk road city hub of Meybod with a stunning mud fort as well as the world oldest and biggest refrigeration system that the Persians have invented in order to maintain there products through the summer.  All three of the above had their own charm and the are definitely must see for anyone crossing this way. 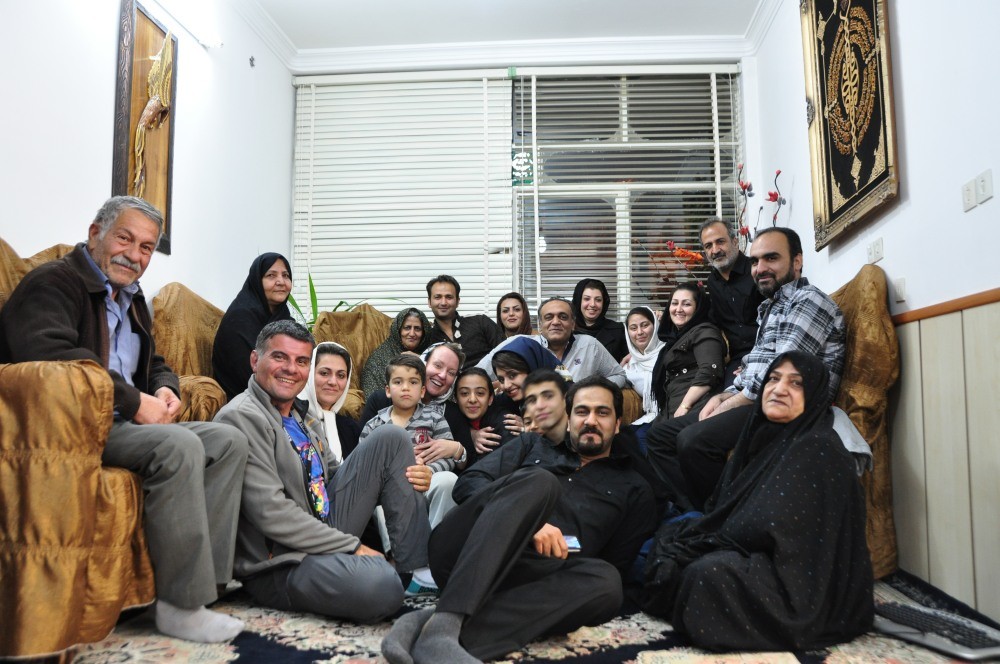 Yazd was next stop.Here with the weather turning warmer , we camped outside the Silk Road Hotel right in the middle of the city next to the Mosque . We definitely 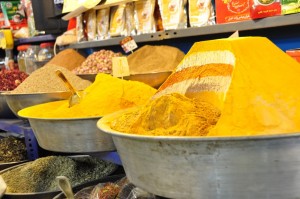 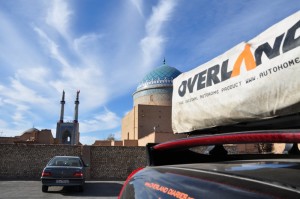 became the site of the city as random people continuously passed by and wanted to chat or offer us a sweat as the day  demanded, The day of Arba’een,This  is one of the holiest for Shia Muslims in Iran and represents the martyrdom of Imam Hussein bin Ali ‘s in the Battle of Kambala. Huge open kitchens were set up all over the city as it is a custom that day to provide free food to strangers passing by .With  the hall city  shut down ,as a major holiday,and all this attention around, the tent ,our escape was long walks in the  empty streets .

Even there  we were invited to an Iranian house by a local family. The family (about 7 of them in a car) literally stopped in the middle of the road and came to meet 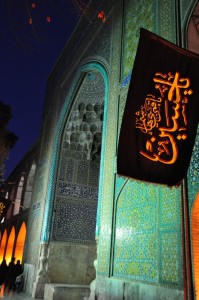 us, insisting on inviting us that afternoon to their home.The experience was wonderful and the extended  family (almost about 30 people in the end of the night)welcomed us in to their homes and made us understand what real Iranian hospitality is all about.With the help of their youngest nephew Benad ,our official translator ,we exchange ideas and explain each other all the aspects of our cultures. The next day we focus on the rest of the city sites  and by late afternoon we made a move to the Oasis Village of Fehraz some 30 km outside Yazd. Unfortunately Fehraz was not what we were told it would be so we headed further 60km to the city of Mehriz. As it was not in our guide book we seek the local advice  for were to sleep and we were told to head to Shah Abbas Caravanserai . An original Caravanserai recently restored set right off the highway. Another unexpected  pleasant surprise we experienced since we first headed out in this trip.It is  really fascinating that this old forms of hospitality towards travellers still serve the purpose that were originally design for. 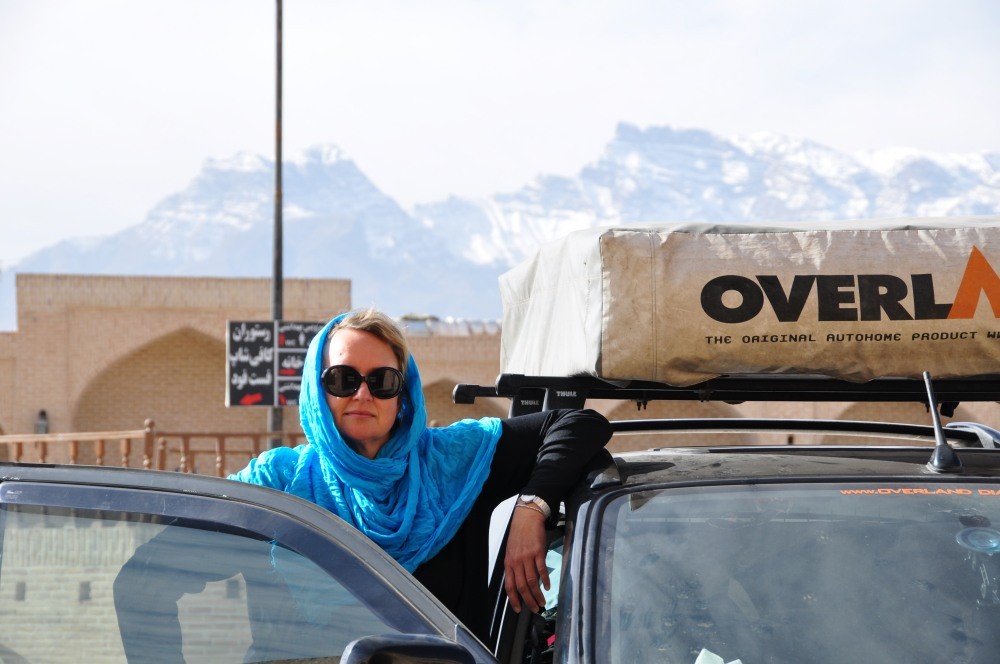 Worth mentioning here is that on the way  to our next destination Persepolis ,we had to pause during paring time as our Iranian GPS was programmed not to work 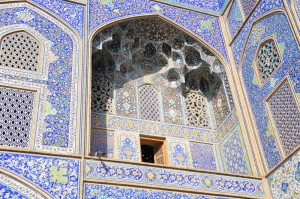 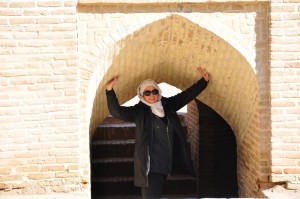 while this time .Funny hey well it took us a while to figure out  that , that was the reason and there was nothing wrong with the device. Anyway back to the the magnificent Persepolis . As we visited the site we became more and more aware of the beauty and glory of this ancient city.The monumental staircases, exquisite reliefs and imposing gateways leave you in no doubt how grand this empire was, just as the broken and fallen columns attest that its end was both emphatic and merciless. Now days an Unesco World Heritage Site  was built by  Darius I (the Great).  Xerxes I and II, and Artaxerxes I, II and III, over a period of more than 150 years added different  parts to this great city. The ruins that we see today are a shadow of Persepolis’ former glory. But their very existence is due in part to the fact that the ancient city was lost for centuries, totally covered by dust and sand. It wasn’t until the 1930s that extensive excavations revealed its glories once again. 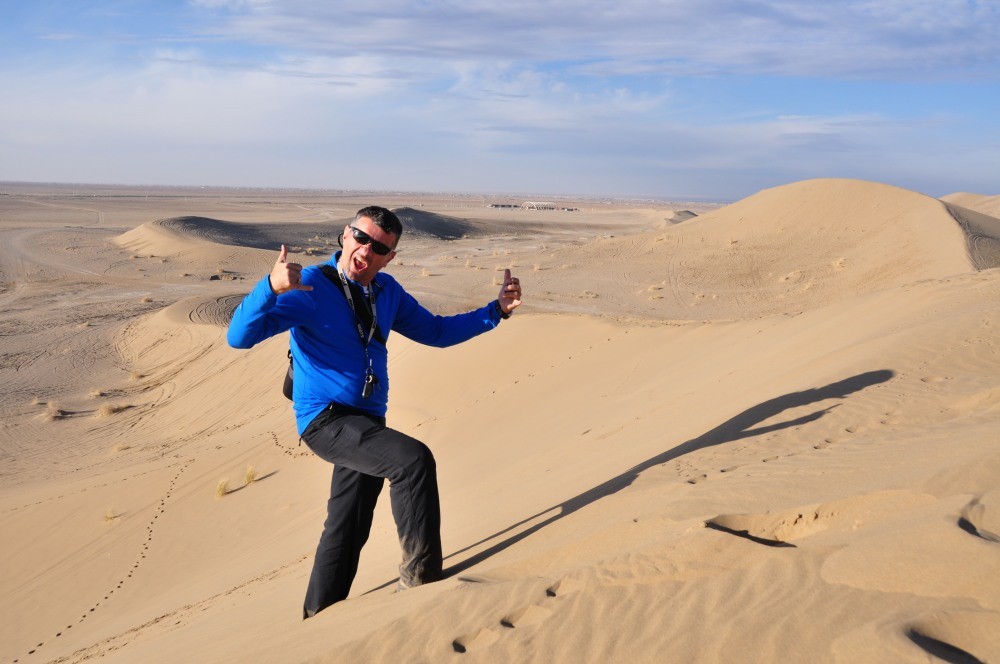