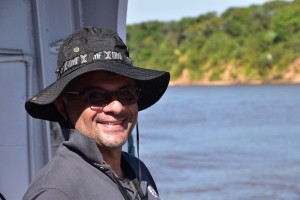 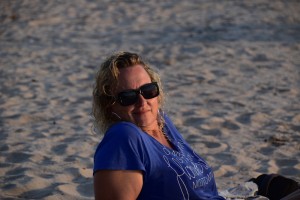 It was Saturday, 7th December 2016, the official date that 11North-55South, our South American expedition, started. The rush to get back on the road had been brewing inside us for a while. No matter how many trips we have made or will do in the future, the beginning would always be the same. It’s all new and exciting, every moment is overwhelming.”We are off, all good, it started, we are on the road for a new adventure”. Our living space from now on will be tiny. Where we will be staying every night would be unknown. Guess what, Rochelle, no more AC or hot water on demand, but living the overlander’s life is easy! After a few weeks everything clicks in. Your everyday routine becomes a way of living and when it does, all you want is to keep on living out here. 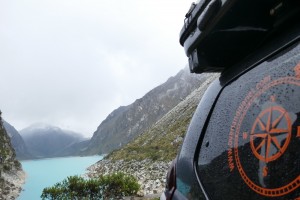 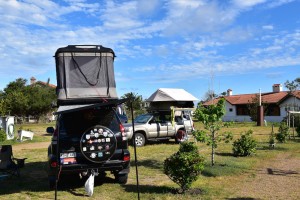 Welcome to the overlanders world. I still cannot believe that this is how it all started almost two years ago and now, here I am, writing the final post of this expedition. After all, all good things come to an end, so leaving Salvador it suddenly hit me. Is it all over? A week later and after visiting a couple of more locations along the Brazilian coast, I was crossing the border back into Uruguay to board the ship for the voyage back home. In between it was just stopovers and long drive days. The more south I headed, the more the weather changed. It was the beginning of the spring, which out here meant a lot of rain, something that made my already bad mood even worse. As a last hooray!!! I caught up with Derek and Melissa, our overland friends, and had a “GRANDE ASADO”, the perfect ending to any South America’s story. Next up was a month 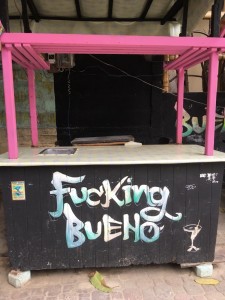 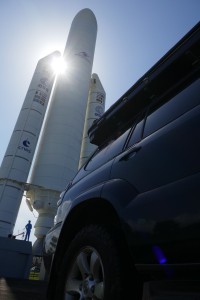 long sea voyage in order to get Voukefalas home safe. As I drove in Montevideo in order to board the ship, a feeling of achievement got me. It was here that the trip had officially started and here I would be finishing it. By the time I arrive home it will be almost 723 days since we first started (our longest period of constant travel). Our once a dream will be completed now. But what a wonderful dream that was!!! We crossed 15 countries in two continents. We drove a total 75240 km, visiting 318 locations while using 8737 litres of diesel. An incredible adventure through lush rainforests, sky-high volcanoes, misty cloud forests, dry deserts, red-rock canyons, ice-blue glaciers and white sand endless beaches. There aren’t many other places on earth that offer so much variety. We hiked past ancient Inca temples, walked right next to the inspiring power of Iguazú Falls and spent our days watching wildlife in the Amazon’s waterways. We zigzaged down many scary Andean crossroads, drove through dramatic landscapes in Tierra del Fuego and spiced up our route by rubbing shoulders with the extraordinary animals in the Galapagos Islands. We visited colonial towns with cobblestone streets, astonishing churches and great plazas that haven’t changed at all since the 18th century. We walked through colourful indigenous markets, shared our traditional meals with locals and followed the rhythms of Afro-Brazilian drums. Colombian salsa, Brazilian samba, Argentine tango and Andean folk music escorted us all along the way, while experiencing the astounding variety of existing as well as ancient cultures. South America was a lifetime addiction.

Starting in Uruguay where the sun the sand spread over 300 km of coastline, (guarantee you’ll find a spot to lay your towel), we headed inland for an adventure over rolling hills that got us off the gringo trail and on to the Gaucho way of living.

In Argentina we visited Buenos Aires, our favorite metropolis, with its steamy tango halls and old-world cafes. The Peninsula Valdes, home to 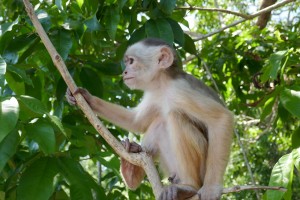 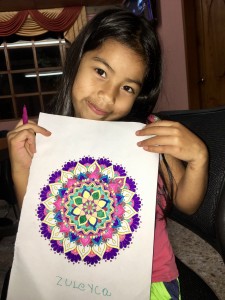 whales, penguins and other wildlife was worth checking out although out of season. We stood astonished looking at Perrito Moreno glacier, certainly a top notch, mind blowing experience. Further north, we visited the spectacular rock formations in Quebrada de Humahuaca that are not to be missed, together with experiencing some magnificent, easy to do hiking in Argentina’s part of Patagonia. Our Argentinean adventure was completed by visiting wine estates in Mendoza and toped up with some of the most amazing free camps around the Lakes District near Bariloche. Moving into Chile, we started in the Chilean side of Patagonia with its strong winds, sudden rain, rustic refugios and breathtaking landscapes. We lived an unforgettable adventure in Torres del 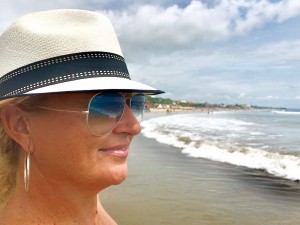 Paine National Park and drove through most of the legendary Carretera Austral, passing marble caves, moon-like landscapes, powerful geysers and snow-tipped volcanoes along the way, while enjoying a glass or two of Chile’s Carmenere, a full-bodied red wine that is the nation’s pride. Next up was Paraguay, motherland of the Jesuit revolution that began and ended in the jungles of the eastern part of the country. Although the so called social experiment is now long gone, the masterpiece Jesuits churches still stand. Worth mentioning here is the Paraguayan culture that is shaped by a history of corrupt dictatorships, war and a strong indigenous influence, a cultural cocktail that makes it a strange country to explore. 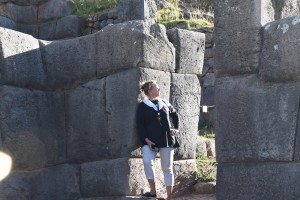 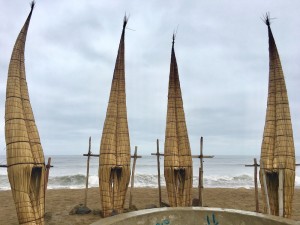 Up next, we entered Bolivia and traveled across the remarkable remote wilderness. We marveled the world’s largest salt flat at Uyuni and we drove through some hostile terrain of impressive rock formations and Far West looking, cactus covered valleys. We got to know up close the Bolivian culture in colonial Sucre and Potosi and navigated our way through the Bolivian side of Lake Titicaca. We entered Peru with its indigenous lore, from the heights of Machu Picchu to the cloud forest of Kuélap. Peru’s ruins (bigger all smaller) undoubtedly stand up to their fame and they are not to be missed, crowded or not. Apart from the ruins, we experienced Peru from the ample 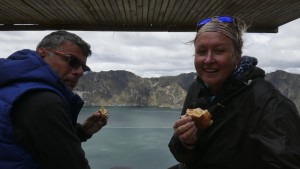 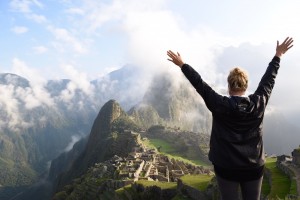 sands of Peru’s Pacific coast and the Titicaca Lake to the lost canyon villages, crystal blue lakes and majestic peaks of the Cordillera Blanca, before our final decent into the Amazonian rainforest. We were caught by surprise in Ecuador with its picturesque colonial old towns of Quito and Cuenca. We got a different taste of the Amazon in the jungle lodges of Coca and witnessed the stunning Andean scenery in and around the Quilotoa Lake. Finally and prior to our departure, we made sure we visited the highlight of it all, the mind exploding Galapagos Islands. In Colombia, the country we spent most of our time with its phenomenal landscapes, we started our quest from Silvia and the Misaks (Guambiano people). We visited the 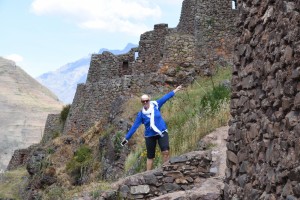 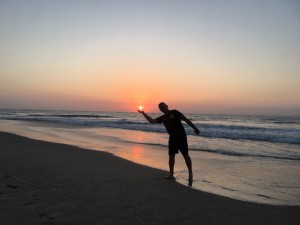 magnificent Caño Cristales (Rainbow River) before moving on to the Zona Cafetera’s Black Gold (coffee beans) and the majestic plantations around Salento. We hit the Caribbean coast and Colombia’s colonial gem in Cartagena and we drove all the way to the towering sand dunes near Punta Gallinas. We visited the glaciers at El Cocuy and the flooded forests of the Amazon before saying the final goodbye to stunning Colombia. Further on, we continued in Guyana’s Amerindian Eco-Trail visiting one village lodge after the other, while driving through the flooded, muddy Rupununi Savannahs route before reaching the colonial capital of Georgetown. We made it to Suriname’s Maroon tribe run lodges in the Upper Suriname River, that still retain their distinctive African-Amazonian culture, before entering 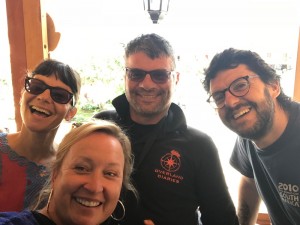 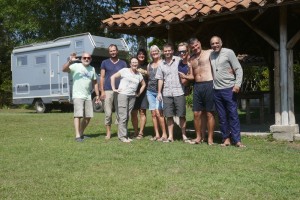 Paramaribo’s heritage district that is unlike anywhere else in the world. Dutch lines in a Wild West setting, touched up with Caribbean colours, a unique melting pot worth checking out. We finished up with the Guianas. In French Guiana, we watched a missile carrying a satellite being launched. We attempted and failed to visit “Le Papillon’s” haunted prison, while finishing up looking for caimans and scarlet ibis in Kaw Nature Reserve. The best moment was our encounter with a sloth on the side of the road. Finally, we completed our South American trip in Brazil’s unrivalled biodiversity, driving through the Trans Amazonian Highway and majestic Iguazú Falls before reaching the captivating coastline that for many is synonymous with paradise. 7500 km of perfect-palmed coastline was the spectacular 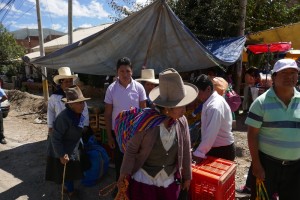 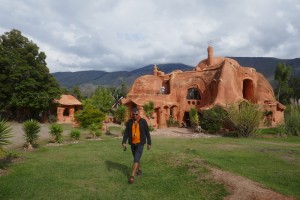 conclusion of our South America tribute. I should not forget to mention Brazil’s top notch highlight. The Brazilian’s fine balance of Portuguese, Japanese, African, Arab and other Europeans, together with a healthy indigenous population, that make up Brazil’s melting pot. ISSO É BRASIL (this is Brazil)! Unfortunately out of all the countries, we left out Venezuela because of the current political situation. Although we attempted twice, it stopped us from entering with our car. With that said though, all the amazing people of Venezuela that we met along the way made us want to come back. 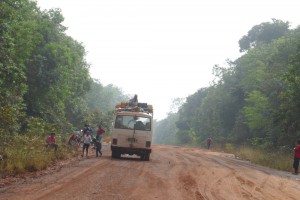 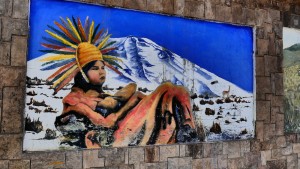 For us the main reason to travel these lands, except the landscapes, was the people themselves, either locals or fellow travelers we met along the way. The biggest lesson we’ve learnt is that neither the news nor the tourist brochures ever mention this real highlight. There are millions of good people living and traveling in every country overwhelming the bad, dangerous ones that you are presented with. What you are exposed to is just a very small percentage that you might never encounter. Every day people, their stories, their hospitality and kindness will never reach your country’s news broadcast. Above all, the amount of time spent here made us fall in love with the humanity that we are surrounded. If someone asked us 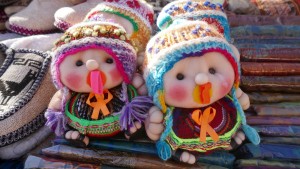 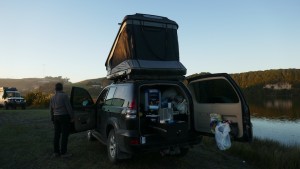 what we would change if we were to do it again, the answer would be very simple. The time and pace of our trip. With more time on our hands, we would slow down, engage more with the locals, get to know better other fellow travelers and finally be a part of the everyday life of it all. After all, the people are what make any place memorable.

To all the local friends and fellow travelers we met along the way living the overland dream, we salute you and say “So long for now. We hope we meet again in the near future!!! Overlanddiaries is temporary suspending its presence in the overlanding community. 11North 55 South is now complete… Till next time, SMOOTH KILOMETRES AND HAPPY ROADS TO YOU ALL. 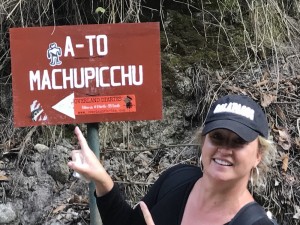 P.S. Below is a small rundown of the highlights of our trip.

– MOST BEAUTIFUL PLACES ALONG THE WAY 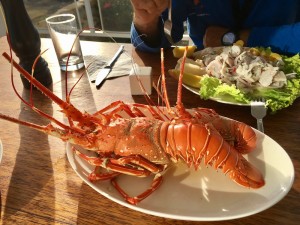 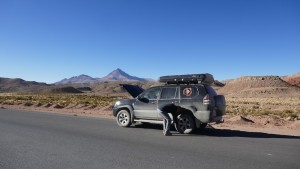 – MOST BEAUTIFUL ROUTES ALONG THE WAY 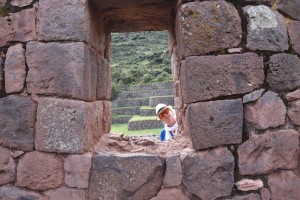 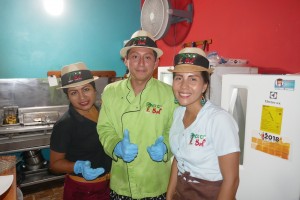 – PLACES OF NO INTEREST ALONG THE WAY

– MOST DEMANDING DRIVING ROUTES ALONG THE WAY 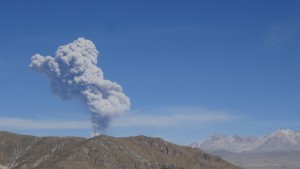 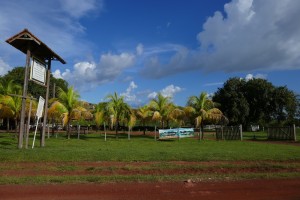